Manali: Every year on Christmas, all villagers of this tiny little hamlet assemble at the local school’s ground to commemorate the birthday of the most famous resident – Atal Bihari Vajpayee. 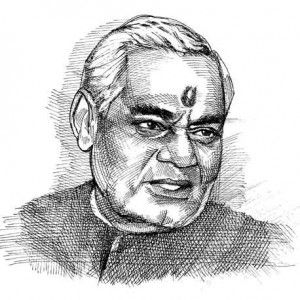 Today was no exception. People from all walks of life assembled at Prini village in Manali, Himachal Pradesh to offer a small Puja for the longevity of their beloved leader.

Former Prime Minister A B Vajpayee, who turned 89 years today had adopted Prini as his Summer abode & used to come here every year even when he was in the country most powerful office.

“Nobody can match the simplicity of Atal Ji; he used to meet each villager in-person & had keen interest in issues relating to the welfare of our village,” said Mr. Dass.

Sukhram, the caretaker of his summer cottage at Prini also misses the limelight he found himself in when former prime minister was in Prini.

Remembering Vajpaee he said “Baap jee was very fond of trout fish & local kadhi and it was here in Manali where he penned some of his famous poems.”

He rued that in spite of a great urge to visit his beloved mountain home and villages, his ill health did not permit him to do so.