Dehradun:  The air quality in the Doon Valley, capital of Uttarakhand, which along with the climatic conditions was a major reason for retired people to settle here and make it their home that gave the city the sobriquet ‘grey hairs and green hedges’ has deteriorated beyond redemption, courtesy the density of the vehicular traffic, which neither the roads, nor the environs can take any longer. 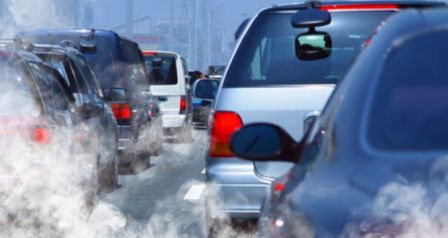 Old timers recall the days of yore, when there were just a handful of cars, that one could tell their owners by seeing the vehicles alone and not reading their registration numbers. “The driver would honk the horn, about a kilometer away from the house, and the servant would go and open the gates to let the vehicle in, as there were just one or at the utmost two cars in any given locality, today a house has atleast two cars, if not more”, said Madan Mohan.

He said that though the number of schools in the city has also seen a meteoric rise, but even in the good old days, when there were quite a few good day schools, the children would trudge it all the way with their bags slung over their shoulders or on their backs. Those from the upper middle class families would cycle it to the school, and motor cycles and other two wheelers were unheard of.

It was a rare car that dropped the children to school, and the children could be seen in tongas (horse carriages) being dropped to school. Today, the tongas have become obsolete and there is not even one in town. The school cycle sheds have more scooters, bikes and other two wheelers than there are bicycles. And there is such a large number of cars to take back the kids that almost all roads have traffic jams near the school gates.

And the number of cars and scooters is going up with every passing day, courtesy the rising living standards and easy availability of loans to purchase them. Despite the serpentine queue of vehicles on the roads and traffic snarls, which makes driving a nightmare at any given point of time, there is no dearth of people going in to buy vehicles and adding to their numbers on the streets. 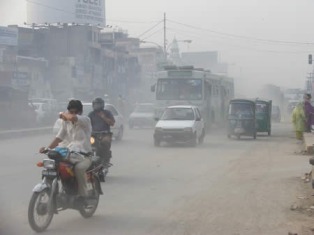 They said that add to this a large number of second hand vehicles that are bought in other states, plus the people owning vehicles who come to the city on transfer and one can but imagine their strength. Than the number of two wheelers that are bought is far more and their numbers has been going up very rapidly, primarily because a number of school-going children have taken to them for convenience sake.

Senior officials were of the view that people would have to voluntarily exercise restrain in traveling on vehicles and as far as possible used pool vehicles for going to office and even for dropping children to school. Now tongas have been replaced by three wheelers, most of which are the worst offenders when it come to breaking pollution norms, but there seems to be no way out.

A sad but true fact is that the air quality of the Valley is deteriorating in a very rapid manner and unless some drastic measures are adopted the people of the city may have serious health problems, specially the children, the aged and the infirm.