Hyderabad: Hyderabad Police have booked resident editor of The Hindu for publishing a report about Director General of Police V. Dinesh Reddy’s meeting with a religious personality. The Hindu said it won’t be intimidated and called the charges “baseless”.

A case against S. Nagesh Kumar was booked at Panjagutta police station in the city yesterday, on a complaint lodged by Assistant Commissioner of Police Ram Narasimha Reddy.

The complainant, who is also President of the A.P. Police Gazetted Officers’ Association, alleged that report published in The Hindu Sep 13 is false and published without any basis and verification of facts. He claimed the report was mala fide to harm the reputation of the office of DGP in particular and entire police force in general. 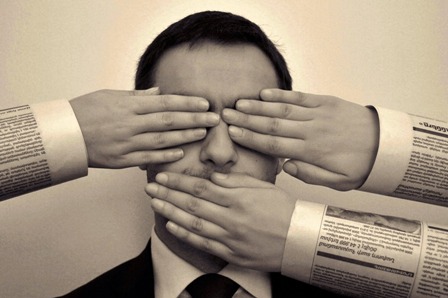 The police officer defended the DGP’s action in meeting the religous person, saying it was in tune with a recent communication by the ministry of home affairs following the riots in Uttar Pradesh.

The resident editor has been booked for forgery and for commission of an offence against the state or another community. A police official said further action in the case would be taken after investigations.

Siddharth Varadarajan, Editor, ‘The Hindu’ said his newspaper would not be intimidated.

“These charges are baseless, and we will fight them. They represent a clear attempt by the DGP to use the police to try and intimidate the media in general and The Hindu in particular,” he said.

This is the fourth case booked against the media for carrying reports on the police chief’s visit to the house of Habib Mustafa Idrus Baba, who enjoys large following among some sections of Muslims, at Fateh Darwaza in the old city.

The police Sep 14 arrested two journalists of Telugu news channel Zee 24 Gantalu. Both were sent to judicial custody. Police booked them for airing a false story to harm the reputation of the DGP and also for deliberate and malicious acts. The channel has been charged with airing morphed videos.

The family of the religious leader also lodged complaints at two different police stations against the channel.

The latest police action has been severely criticised by media bodies and political parties.

The Indian Journalists Union (IJU) and the Andhra Pradesh Union of Working Journalists (APUWJ) have condemned the police action in booking a case against the resident editor. They termed this an attack on press freedom and said the newspaper had only published facts. The unions have called upon journalists to protest.