Kathmandu: Some 61,000 Nepal Army personnel may be deployed to ensure that the Nov 19 constituent assembly elections are held in a free and fair manner, an official said today.

The National Security Council (NSC) made the recommendation as it felt the strength of the Nepal Police and Armed Police Force was not adequate to provide effective security, Xinhua reported.

The cabinet will now take a final call on the issue.

The Nepal Army is generally not deployed for providing internal security. 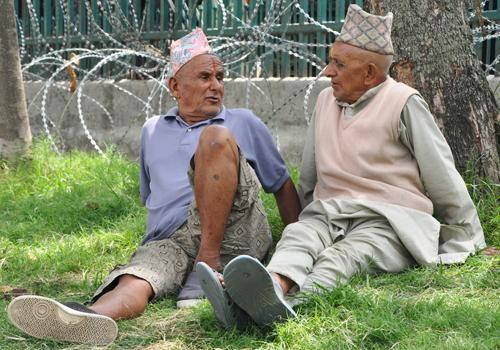 This will be the first instance of it doing so after the signing of the Comprehensive Peace Agreement (CPA) in 2006 by the then government and the Communist Party of Nepal-Maoist (CPN-M).

“In the 2008 (elections), the army was not mobilised due to the Comprehensive Peace Agreement. Now, NSC has recommended mobilising army in an integrated and coordinated way with other security agencies,” Dwarika Prasad Acharya, spokesperson of the defence ministry, said in a press statement.

The Nepal government is preparing an integrated security policy for the elections.

The CPN-M has protested against the army’s deployment, saying that it will create a crisis in the country.

The NSC recommendation came after two days after talks with the CPN-M failed to yield a positive result.

The possible security threats are from former Maoist militants, CPN-M, armed outfits in the Terai and some militant organisations in the hilly region.

The army has already started to prepare an election security plan.