Dehra Dun : Uttarakhand tourism minister Amrita Rawat intends organizing the World Tourism Day, that falls on Sept 27 in Uttarakhand, in the hope that it will restore the confidence of the people in this small mountain state. The million dollar question is, whether holding the function will restore the confidence, that has been badly shaken post-June 16-17 floods as the Congress government simply failed to rise to the occasion. 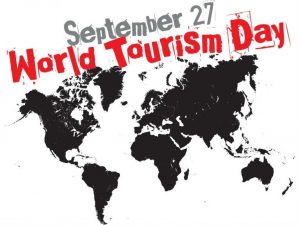 Though the minister expressed confidence that the serried of functions that will be held on the occasion of the World Tourism Day, are being undertaken to send the message that Uttarakhand is a safe destination for tourists, but she failed to outline what had been done to promote tourism in Uttarakhand over the past 12 years that this small mountain state came into existence. She said that she had taken the union tourism minister into confidence for observing the Day.

The main theme behind observing the Day is not only to restore the confidence of the tourists in this small mountain state, but send the message that most of the tourist spots are located at safe places and have not been affected by the June 16-17 floods. Press conferences will be held not only here, but at other places in the country, beside road shows and travel fairs will also be resorted to and heavy discounts offered.

But perhaps what Amrita Rawat and officials of the tourism department will have to answer is why this sudden soft corner towards tourism, when iver the past 12 years nothing had been done to promote tourism in the state. The reason is that pilgrims were coming in large numbers for the yatra, and they were being shown as tourists, but with the char dham yatra written off for at least three to four years, there will not be much for the tourism department to show.

In fact, tour operators not linked with pilgrimage in the state pointed out that the number of visitors to the state from July onwards this year to March end will show the real number of tourists who visited the state, as no pilgrims are likely to come during this time. Though the Raj Jat is being held in August this year, but reports are that there are not many takers for this yatra also, as much of its route is in disarray. 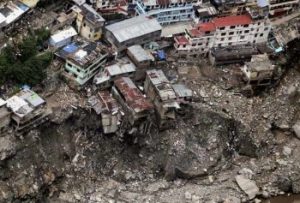 After the char dham yatra that was written off following the floods, the centre also cancelled the Kailash-Mmansarovar yatra, in which the Kumaon Mandal Vikas Nigam of the state played a major role. It was also cancelled because the route of the yatra left much to be desired and most of the bridges in the higher reaches had been washed away by rains and stretches of the route had almost disappeared.

It will not be out of place here to say that the fact of the situation remains that the pilgrims continued to come as the four major shrines of the state – Badrinath, Kedarnath, Yamnotri and Gangotri – are held in high esteem and the devout come in large numbers to pay their obeisance. Because of this precious little was done to expose the tourism potential of the state to the outside world and develop infrastructure to lure the tourists. Now that the pilgrims are having a re-think, the tourism department is waking up.