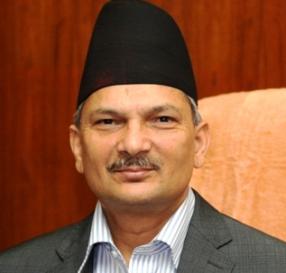 New Delhi: Nostalgia and old left-wing camaraderie floated in the evening air as Nepal Prime Minister Baburam Bhattarai Thursday began his four-day visit here during which India is expected to unveil $250 million line of credit for development projects in the Himalayan state.

Setting a positive tone for his talks with Prime Minister Manmohan Singh Friday, Bhattarai called for for unity between the people of India and Nepal.

“We have to unite. Some will try to create a cleavage between us. If people of the two countries unite, no force on earth can defeat them,” he said at a reception organised in his honour by those he described as “my former student friends, comrades and gurus.”

“Our fates are interlinked. Let’s resolve to continue our struggle. Let’s fight, let’s win,” he said at a function where he recalled his Arya Samaj wedding three decades ago in New Delhi.

“Our goal is to find real democracy and participatory democracy for the masses,” Bhattarai, who studied at Jawaharlal Nehru University, said.

Amid continuing political flux in his country, Bhattarai admitted that the “challenges are formidable” as Nepal frames its new constitution and pushes forward the peace process. “We want a real people’s democratic constitution,” he said.

In his talks, Bhattarai is expected to brief New Delhi about recent political developments and seek its support in reinvigorating the peace process in his country that continues to be embroiled in political dissensions.

He is likely to press India to use its leverage with all political parties and formations in Nepal to push forward the peace process. The integration and rehabilitation of the Maoist cadre continues to divide the Maoists and the Nepal Congress.

India is expected to unveil a $250 million credit line for a swathe of infrastructure projects, including roads and irrigation in the state, said highly-placed sources. India’s development assistance to Nepal is currently estimated at about $100 million.

This is Bhattarai’s first bilateral visit abroad and his first official visit to India after taking charge as Nepal’s prime minister less than two months ago. The visit underlines a keen desire on part of both Nepal’s Maoists and New Delhi to build stronger ties.

Expanding trade and investment and developmental cooperation will figure prominently in the talks.

The two sides are close to finalizing a bilateral investment protection agreement, and it may be announced after the talks, said the sources.

The treaty could give a big boost to Indian investments in Nepal as there has been considerable anxiety among Indian entrepreneurs after the attack on 900 MW Upper Karnali hydropower project an Indian company was building in Nepal by suspected Maoist cadres a few months ago.

Ahead of his visit, Bhattarai had promised to guarantee the security of Indian investment in his country, but there is no clarity on whether he will agree to a clause proposed by India that provides for compensation to Indian companies in case of a riot or insurrection.

India is also keen to help Nepal overcome a serious power crunch. With this on mind, India may unveil plans for supplying 50 MW power immediately and up to 200 MW over the next 12-15 months, sources said.

Issues related to security cooperation, including the proposed extradition treaty, will figure prominently in the discussions, but no agreements with these areas will be signed.

The ruling Unified Communist Party of Nepal (Maoist) has asked Bhattarai not to sign any new treaty or agreement, and not to discuss any contentious issues during his goodwill visit.