Shimla: Heavy rainfall in Himachal Pradesh raised the water level in the Pong dam alarmingly, forcing the authorities to release the excess water, which led to flooding in villages located downstream, an official said today. 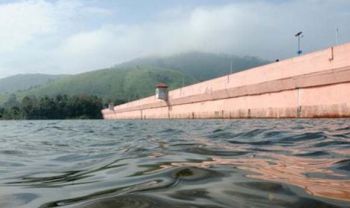 Seven villages in Jawali area of Kangra district have been the worst affected as excess water released from the dam entered houses and affected crops.

Located on the state’s border with Punjab, about 250 km from Shimla, the dam serves the irrigation requirements of Punjab, Haryana and Rajasthan.

The spillways were opened to flush out excess water as a precautionary measure, an official of the Bhakra Beas Management Board (BBMB), which regulates the dam water, told.

However, BBMB officials said a discharge of up to 50,000 cusecs is not treated as flooding the downstream areas.

“But an alert has been sounded as the discharge could affect villages and towns mainly in Punjab,” an official said.

The spill gates, he said, would remain open till the rainfall in the dam’s catchment subdued.

Continuous and regular spells of rainfall this monsoon has alarmingly increased the water level in Himachal’s prominent Bhakra and Pong dams.

Official data said the maximum capacity in Bhakra dam is 1,702 feet, while the upper limit in Pong dam reservoir is 1,393 feet.

While the Bhakra dam is built on the Sutlej river, the Pong dam is on the Beas river.

The water level in the Bhakra dam was recorded at 1,592 feet on this day last year, while at Pong it stood at 1,325 feet.