Chandigarh: “Terrorism affected” certificates in Punjab are under a scanner, after a district police chief was shown as “dead” in a certificate so his daughter could obtain a medical college seat reserved for terrorism-affected families. 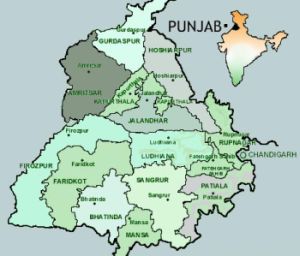 Tarn Taran district senior superintendent of police (SSP) Raj Jit Singh Hundal got a certificate for his daughter Sukhmani issued by the deputy commissioner, Hoshiarpur, in which he was shown as “killed in terrorist action in Punjab during terrorist operations” so that she could seek an MBBS seat at the Baba Farid University of Health Sciences (BFUHS), Faridkot.

Punjab’s home department has initiated an internal enquiry into the major goof-up and Hoshiarpur Deputy Commissioner Varun Roojam, who signed and issued the false certificate, has ordered a probe into all such certificates issued in the district in the last two years.

The deputy commissioner also withdrew the certificate issued to the SSP’s daughter.

A senior assistant of the deputy commissioner’s office has been suspended.

The SSP’s daughter had submitted the fake certificate, which showed that SSP Raj Jit Singh had been killed in an encounter with terrorists, to authorities at the BFUHS last week, claiming a seat under the terrorism affected family category.

In Punjab, two percent seats are reserved for students whose families were affected by terrorism and riots, which reached a peak in the state in the 1970s and 80s.

The reservation is applicable only for wards of those killed.

“To avail reservation in this category, the applicant (to the seat) has to be a direct descendant of the terror affected person,” a home department officer said.

The SSP has claimed that his family was victimised by terrorists, even though he admitted that the certificate showed him as “dead”. He said his mother and sister were killed by terrorists in 1991.

The fake certificate, issued June 25, was questioned by officials at the medical college where it was submitted.