Shimla: Aiming to woo cycling enthusiasts in the big cities, a local club has been organising adventure events in the Shimla hills to promote mountain biking, which is big in the West. 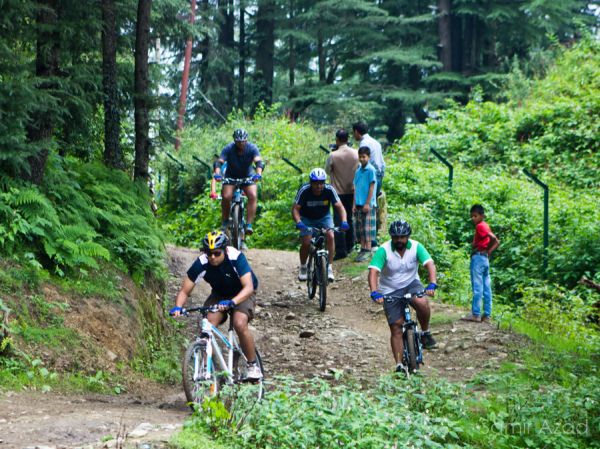 The aim of the event, a first for the country, was to popularise mountain biking, especially among white-collar workers in big cities, Mohit Sood, president of the Himalayan Adventure Sports and Tourism Promotion Association (HASTPA) which organised the event, told.

Sood said the training session involved audio-video sessions, theory sessions and practical demonstrations. The riders were guided on to some jeep tracks and single tracks around Kufri, a picturesque resort some 13 km from here, he said.

The Shimla-based HASTPA every year also organises the Hercules MTB Himachal Expedition, considered one of toughest in the world.

This year, it is holding the ninth edition of the off-road event from Sep 27 to Oct 3.

Sood said in the mountain biking training camp “the bikers were told about safety tips, use of machines and maintenance of their cycles during the expedition”.

Portuguese rider Luis Canto Moniz, who is the Ferrari India general manager, and local riders Devender Thakur and Gurman Reen gave tips to the bikers about the sport.

“I am happy that such events are picking up speed in India. It’s quite popular in Europe, North America and Canada. Himachal’s terrain offers the most challenging environment in the Himalayas,” Moniz told.

During the training, participants, both men and women, passed through forest trails, village backtracks and unmetalled and metalled single-lane rural roads, winding through the hills surrounding Shimla.

“For us it was more of an adventure weekend. The boulder-riddled terrain was challenging. Overall it was a unique experience,” said Prabhjit Singh, a cyclist from Chandigarh.

Sood said cyclists from Himachal were trained for free to enable them start their own ventures.

The growing enthusiasm among Indians for mountain biking has also meant growing business for the adventure tourism industry.

Those in the industry, mainly in Kullu and Manali, said the best time to pedal in the hills, especially in the higher reaches, was from June till November when the snowfall begins.

The 475-km Manali-Leh road linking the tourist hill town of Manali to Ladakh attracts the most number of cyclists.

The route is tough and the pressure on cyclists is extreme since they have to cycle through the cold deserts of Lahaul and Spiti and Ladakh.

“The Manali-Leh expedition is for 14 days, including three days of acclimatisation,” said Prithvi Raj Sharma of Magic Mountain, a travel agent in Manali.

For newcomers and families, the hills surrounding Narkanda, 65 km from Shimla, and Kasauli in Solan, around 29 km from here, are the best cycling spots.

The slopes of Jalori Pass (at an altitude of 3,223 metres) in Kullu are one of the finest in the world, says Cycling Federation of India member Rakesh Mohindra.

Cyclists can test their endurance, skill and luck on these vertical climbs, he said.

The 320-km Shimla-Reckong Peo-Sumdoh-Kaza route also offers a lot of thrills with mild, tough and extremely rugged slopes. But it is strictly for professionals riding bikes of titanium carbon fibre priced between Rs.100,000 and Rs.200,000. 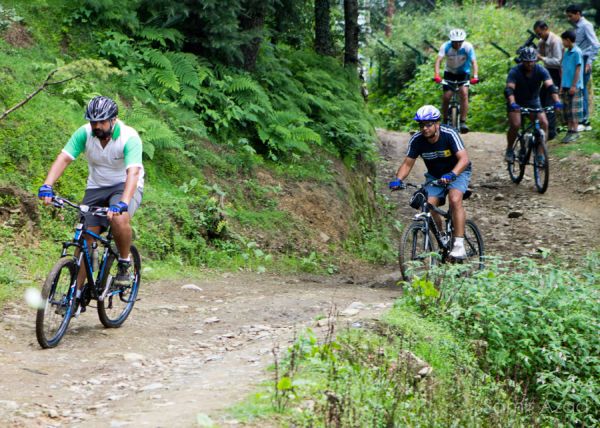 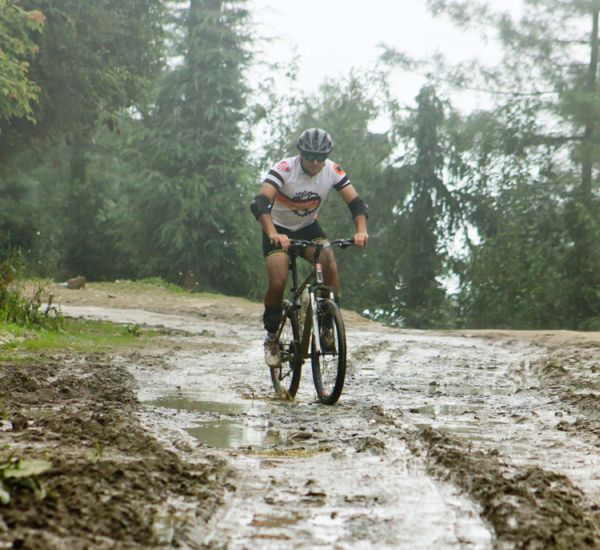