New Delhi: Indian fashion designers have almost 15 platforms to showcase their creations annually, but similar independent events for jewellery brands and designers are rare. However, shows like the ongoing International India Jewellery Week (IIJW) in Mumbai are a beacon of hope, says Sumit Sawhney of Apala. 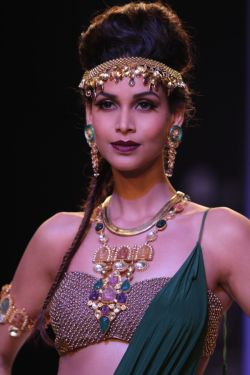 His brand, Apala by Sumit Sawhney, had a showcase at IIJW recently, with Bollywood actress Mughda Godse sauntering down the ramp in Sawhney’s exquisite and bold creations.

Sawhney believes “jewellery shows help you make a direct contact with your audience”.

“It gives designers a chance to present their jewellery aesthetically and in a much better way to an audience, who can appreciate it. Undoubtedly, IIJW is a huge platform for jewellery designers to make their mark,” he added.

Dedicated jewellery week events have been a rarity in the country. Most jewellery brands have either showcased their new collections independently, or signed a sponsor deal with a fashion designer to get a wider audience. But the launch of the annual IIJW in 2011, worked to streamline the scenario.

For Delhi-based Sawhney, it was “thrilling” to be part of the event for the first time.

“Since I create jewellery that is away from the run-of-the-mill and has a bold character, IIJW is an excellent platform to showcase my creations,” said the designer, whose collection, Carved Incarnations, was heavily inspired by nature and deities, and featured intricate carvings on gemstones.

“It is true that designing the collection as well as working out every meticulous detail was a lot of hard work, but it has been creatively fulfilling,” he said.

His latest high-end line takes inspiration from “the cosmic energy of the universe, nature and god”.

“There are lots of spiritual elements in the pieces. I have carved icons and symbols of gods and goddesses in gemstones and studded them into silver. It is a fine fusion where divinity meets art,” added Sawhney, who launched his label in 2006.

He believes this kind of jewellery with gods and goddesses has its own charm.

“It brings a lot of positivity in the wearer’s life. Many of the patrons of Apala have stated that spiritual elements in jewellery bring them closer to god. The pieces are a style statement, other than the spiritual touch to them,” added Sawhney. 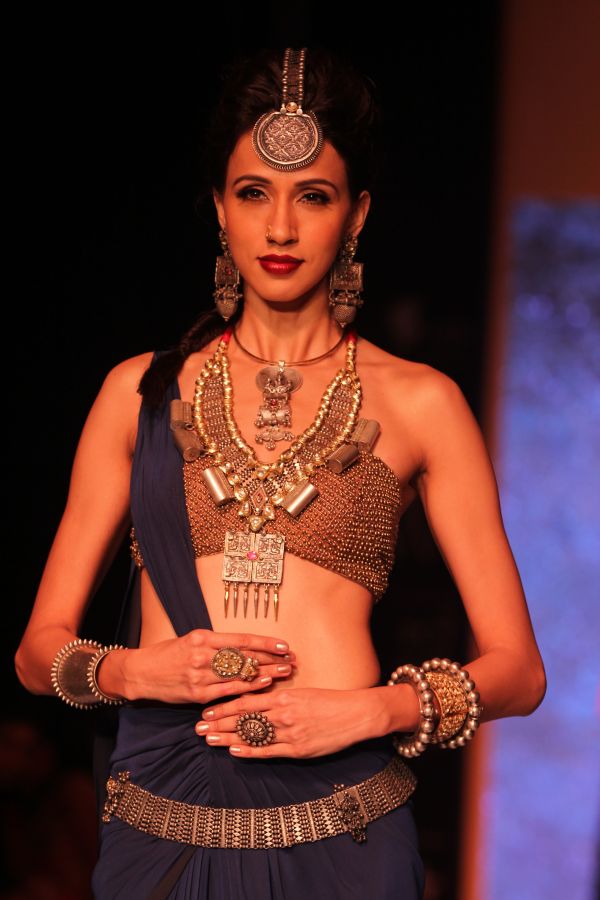 For Carved Incarnations, he has combined precious and semi-precious gemstones like coral, turquoise, jade, pink tourmaline and ruby with handcrafted silver and 22 karat gold-layering in the jewellery pieces.

He has attempted to revive the ‘Rava’ or the ‘Granulation’ technique, where small beads of metal are created and arranged in a manner to create a pattern, for the line, as well as using Chitrai or Repousse’ technique, in which a metal is carved with a nail and hammer.

“Other crafts include the Kundan technique, antique tribal Indian silver styles, spiritual elements. The amalgamation of these styles with the contemporary add a distinct, bold character to the look,” he explained. 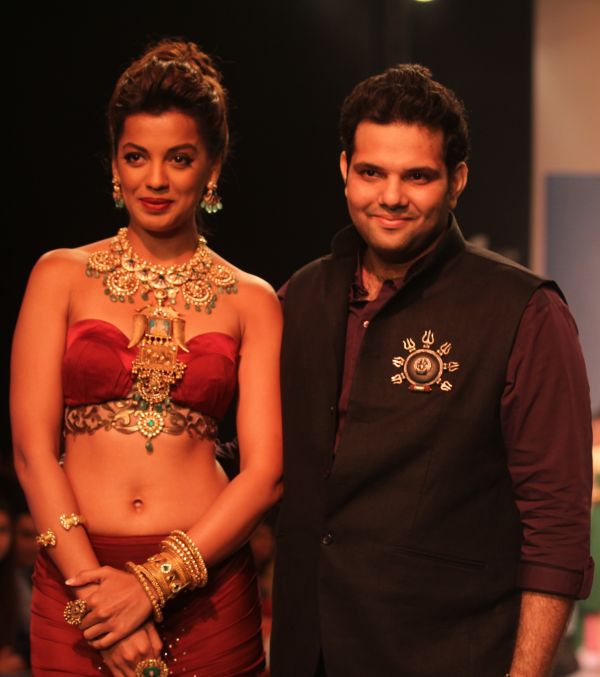