New Delhi: The killings of five Indian soldiers by Pakistani troops in Poonch was “unfortunate” and not the way to improving bilateral ties, said Minister of State for Home R.P.N. Singh today. 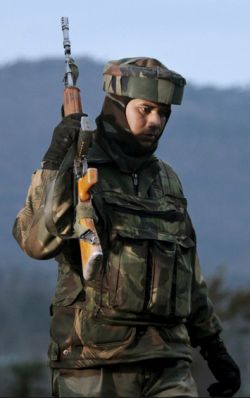 Defence Minister A.K. Antony was to make a statement in parliament today afternoon on the killings of Indian soldiers Monday night in Chakan-da-Bagh sector of Poonch district in Jammu and Kashmir.

R.P.N. Singh told reporters: “If Pakistan wants better relations with India, this (killings) is not the way.”

Singh also said that the defence minister and External Affairs Minister Salman Khurshid were to make statements on the killings.

Congress leader Mani Shankar Iyer said he was not for breaking talks with Pakistan.

“I do not believe in breaking dialogue… The important thing about dialogue is that there is no restriction on whatever you want to say directly to the person concerned. I think the form of diplomacy which says we will not talk to them so as to make a unilateral statement, is wrong.”