Shimla: Four medical college students convicted of ragging to death their junior Aman Kachroo in Himachal Pradesh are likely to return to the classroom soon. 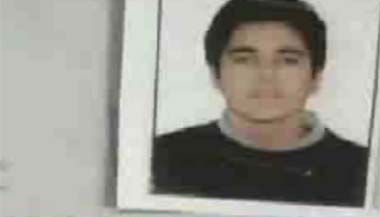 The conviction of Ajay Verma, Naveen Verma, Abhinav Verma and Mukul Sharma, who were punished for the 2009 ragging death of Aman Kachroo, was upheld by the Himachal Pradesh High Court in April this year.

Confirming the development, state Health Minister Kaul Singh told yesterday that the government has taken a legal opinion on re-enrolling them in the MBBS course.

“The opinion of the law department favours them to allow them to continue their education. Since education is the basic right of every individual, we cannot stop them from completing the degree,” he said.

But the minister said they won’t be eligible for a government job after completing the degree.

Official sources said the state government has also sought the permission of the Medical Council of India to get them readmitted.

Aman Kachroo, 19, was a student of the Rajendra Prasad Medical College and Hospital at Tanda town in Kangra district since 2007. He died March 8, 2009, after he was ragged by his four drunk seniors.

Responding to the government move to readmit the students, Aman’s father Rajender Kachroo said this would send a wrong signal.

“I am not against rehabilitation but that doesn’t mean they should be given the same position as earlier,” Rajender Kachroo told.

“The decision to readmit them is a major setback in this direction. It may be symbolic (to readmit them) but it has the large dimension in the context of the campaign,” he said.

“Our family has nothing to do with. It is for the government of India, the judiciary, the Medical Council of India, the University Grants Commission, etc to take a call on this. These are the agencies that support the eradication of ragging,” he said added.

Kaul Singh said the students were rusticated from the college after a case was registered against them.

“The government has the right to reconsider their admission. But we have yet to take the call whether they should be re-admitted in the same college or in Shimla’s Indira Gandhi Medical College and Hospital,” he said.

The convicts were earlier held guilty under Sections 304 II (culpable homicide not amounting to murder), Section 452 (house-trespass after preparation for hurt, assault or wrongful restraint), Section 34 (common intent) and Section 342 (wrongful confinement) of the Indian Penal Code (IPC) by Purinder Vaidya, additional district and sessions judge, in Dharamsala, after 20 months of trial.

After the convicts were offered relief by the state government and released last year from jail, seven months before the end of their four-year sentence.

The three convicts were third-year MBBS students, while the fourth, Ajay Verma, was an intern at the time of the incident.