Shimla: Himachal Pradesh has postponed the launch of a central government scheme which provides for subsidised food-grain as “it won’t be appropriate to launch the scheme in a hurry”, a minister said today. 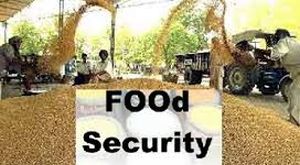 However, the new date of launch is yet to be announced.

“We have postponed the launch of the food security scheme that was scheduled for Aug 20,” Food and Civil Supplies Minister G.S. Bali told.

He said it would be launched after getting more clarity about the National Food Security bill, which is awaiting debate in parliament.

“It won’t be appropriate to launch the scheme in a hurry. We are waiting for the picture (on the issue) to get clear in parliament. There is no harm to wait for a few more days for its launch,” he added.

The United Progressive Alliance’s (UPA) food security ordinance was earlier expected to be rolled out in the state like other Congress-ruled states Aug 20, the birthday of late former prime minister Rajiv Gandhi.

“In the meantime, the session of the state assembly is also starting (from Aug 21). So the launch might get delayed by a few more days,” Bali said.

Without specifying the next date of its launch, he said: “We are fully prepared for its launch.”

At a meeting called by Congress president Sonia Gandhi with party chief ministers in Delhi last month, Himachal Pradesh Chief Minister Virbhadra Singh said: “The ordinance may exclude about 18.85 lakh people from the Targeted Public Distribution System and also reduce monthly allocation by 17,094 tonnes of foodgrains to the state.”

“But we will continue to provide food grains to all families irrespective of the fact whether they are covered under the ambit of the ordinance or not.”

Currently, the state is providing three types of pulses, two edible oils and salt at subsidised rates to all 16.31 lakh ration-card holders under the food subsidy scheme, which was started in 2007.

A provision of Rs.175 crore has been made under the scheme this year, officials said.