Beijing: A Chinese vendor’s scheme to forge his own death for financial gain was busted after the heat in central China’s Hubei Province proved too much for him to bear

The incident occurred around 4 p.m. on Saturday, when more than 10 men were holding the sheet-covered vendor’s “corpse” on a gurney in Wuhan, Xinhua reported.

More than 300 people gathered at the scene, and later, over 80 police officers were dispatched to maintain order there.

The crowd dispersed two hours later, when the “dead” vendor suddenly jumped up, grabbed a bottle of water and drank it before saying, “It’s too hot. I can’t bear it anymore.”

The soft drink vendor, Han, and two others have been detained for disturbing public order.

China has been experiencing extreme heat waves. More than 10 people across the country died of heatstroke last week. 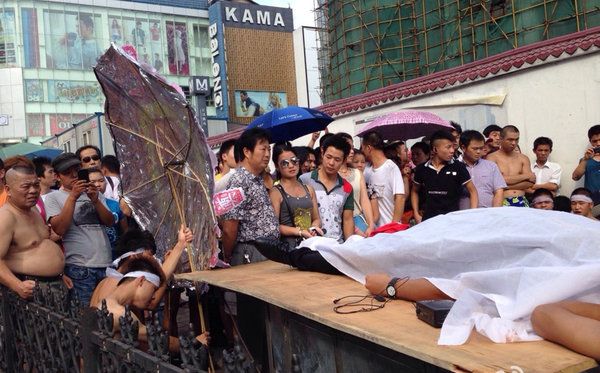