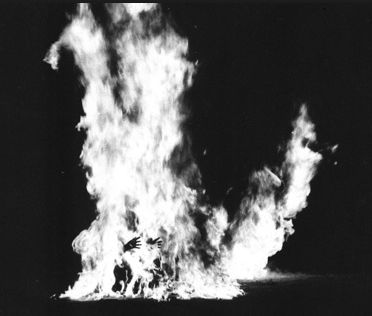 This was the second self-immolation death in the Himalayan country this year.

“A monk set himself afire near a monastery in Kathmandu today morning. He was taken to a nearby hospital where he was declared dead,” CTA spokesperson Tashi Phuntsok told.

He said this was the third self-immolation case by a Tibetan exile in Nepal’s capital — second this year — protesting China’s repressive policies in Tibet. Two of them died.

The CTA, based here, said 120 Tibetans have set themselves on fire since February 2009 in Tibet alone — of them, 103 have died.

The common cry of all self-immolators is the return of the Dalai Lama to Tibet and freedom for Tibetans.

The CTA reiterated that it was not encouraging self-immolations and asked China to send an investigation team here to prove otherwise.

Tibetan spiritual leader, the Dalai Lama, 78, has lived in India since 1959 when he fled his homeland after a failed uprising against Communist rule. His government-in-exile is based here but is not recognised by any country, including India.

After India, Nepal holds a large number of Tibetan diaspora.