Jammu: Curfew was imposed and two columns of the army were deployed in Kishtwar town in Jammu region today on Eid-ul-Fitr after about 500 villagers raised pro-independence slogans that led to clashes between two communities. 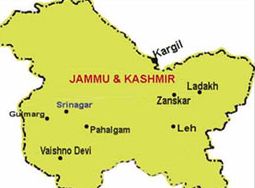 A police officer told a procession of around 500 people from Hullar, Bandna, Punoo and Bhata villages took out a procession in Kishtwar town, 220 km from winter capital Jammu, raising pro-independence slogans.

“Following this, stone-pelting clashes broke out between the two communities at Kulid chowk in Kishtwar,” the officer said.

“As the news of the clashes spread to the Eidgah grounds where people had gathered to offer Eid-ul-Fitr prayers, many of them joined in the violence,” he added.

“The mob torched four shops, a truck and a scooter. Police used tear gas and batons to control the situation and fired warning shots to disperse the mob,” the officer said.