The standard explanation for the prevailing sense of despondency is the “ethical and governance deficits”, which, in Finance Minister P. Chidambaram’s words some time ago, have characterised the government in recent times. 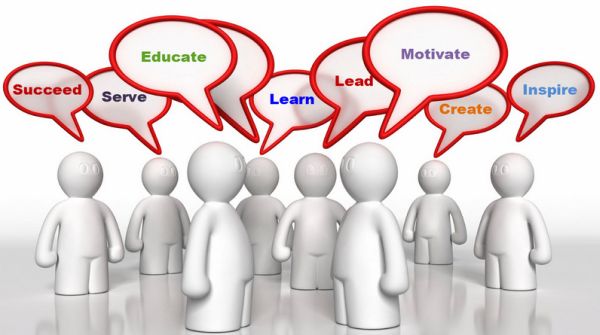 But there is another, more potent cause. It is the absence of an inspiring leadership in the Congress and other parties, and the dearth of the Big Idea which motivates a nation.

Instead, what is being witnessed is the listless, bureaucratic execution of routine jobs by various ministries without a clear enunciation of the goal towards which the country is supposed to be heading. Moreover, they seem to be working at cross-purposes.

For instance, there is the curious spectacle of the environment ministry wanting to submit its own views on genetically modified crops to the Supreme Court over and above the government’s petition. Evidently, the cabinet does not have the last word on the subject.
Not surprisingly, this particular ministry has been held responsible by the well-known economist, Arvind Panagariya, for robbing the reforms of their momentum although the market-oriented economic measures are known to be favoured by the prime minister.

The reason for this divergence of opinion is an inability of the people at the helm, viz. the prime minister and the Congress president, to evolve a consensus on the proposed path. It isn’t that Manmohan Singh hasn’t occasionally clarified where he stands. For instance, on the question of GM crops, and also on nuclear power plants, he has said that it is the opinion of experts which should count since these are not matters which can be decided on the streets.

Yet, the government takes weeks and months to proceed on these and other issues, like FDI in retail, for instance, which was once rolled back, because the ideological background of these measures is not cogently presented.

It is obvious that unless the reins of leadership are gripped by a firm hand and the ideological direction is specified, the present uncertainty will continue.

Considering that the general election is less than a year away, it is however unlikely that there will be a change in the leadership style or an articulation of the Big Idea which should guide a nation, as it was when Indira Gandhi raised the “Garibi Hatao” (Banish Poverty) slogan in 1971, or Rajiv Gandhi spoke in 1984 of taking India into the 21st century, or V.P. Singh promised in 1989 to eradicate corruption.

It can seem, therefore, that the Congress’s unexpected victory in 2004 caught it unprepared to either select a leader with firmly held views or formulate a clear ideology.

As is known, Manmohan Singh declared himself to be an “accidental” prime minister who was chosen because Sonia Gandhi refused to accept the crown of thorns. It is possible that the sudden selection left no time for either Manmohan Singh to convince the party about his right-wing views, or for the party president to signal a return to a Nehruvian past of Fabian socialism, which she seemingly favours. Hence, the drift.

What is worrisome is that it isn’t the government alone which is in the throes of indecisiveness. The entire political class seems to be in the grip of this malady. As much is evident from the leadership tussle in the Bharatiya Janata Party (BJP), which is unable to summon the courage to name a prime ministerial candidate.

Evidently, a decade after its ouster from power at the centre and Atal Behari Vajpayee’s retirement, the party has failed to fill the vacuum created by the former prime minister’s withdrawal from public life.

In addition, if there are differences in the Congress on the economic line, the BJP is undecided about its guiding political philosophy – whether it should be the cultural nationalism (one nation, one people, one culture) of Hindutva, or the Gujarat model of development.

While the national parties are plagued with indecisive leaders, the regional parties have the prima facie advantage of having determined people at the top. But this plus point is negated by the fact that these are all one-person outfits. Moreover, their creed has nothing to do with economics. It is focussed almost exclusively on feathering their own nests and holding on to power by hook or by crook.

The result is that none of these leaders has the potential to emerge from his or her local base to play a larger role on the national stage. Whether it is the Bahujan Samaj Party’s Mayawati, who was favoured by a Third Front led by the Communist Party of India-Marxist to be prime minister in 2008-09, or the Samajwadi Party’s Mulayam Singh Yadav, who has publicly expressed the hope of being the prime minister this time, their ambitions evoke derision and not hope. As an editor said on TV, if Mulayam Singh becomes the PM, the last man leaving the country should switch off the lights.

The paucity of leadership means that the country will continue to be rocked almost on a daily basis by events big and small, whether it is the suspension of an officer in a state or a border skirmish.