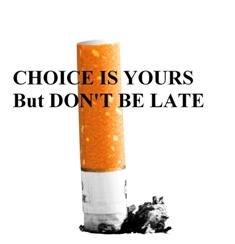 Dehradun : The Uttarakhand government did a Dr Jekyll and Mr Hyde, call it lack of political will or was it something else?

At about 5 p m yesterday, an order banning tobacco and its products like gutka in the state.  But then the tobacco-gutka lobby is reported to have got active and four hours later in a dramatic volte face the order was withdrawn.

In a strange turn of events, health secretary Ranvir Singh, in his capacity as food safety commissioner, passed an order banning the sale and storage of tobacco, gutka containing nicotine, pan masala or any other material containing tobacco, which was also given due publicity, to the utter joy of the anti-tobacco lobby.

But the joy seemed to be short-lived, as just four hours later, as word of the ban started spreading, it is alleged that the CM’s residence stepped in and now it was for the tobacco lobby to get happy.

The lobby, which has some how managed to ensure that the ban is not imposed, got the orders withdrawn, by the very same persons who imposed it.

Word was spread that the period of the present ban was only one year, which the food safety commissioner is empowered to impose, and the government wants to ensure that there is a complete ban, so it was decided that the matter would be taken up at a cabinet meeting, after which the ban would be imposed.

It may be mentioned here that according to rough estimates of the state government there are 30 lakh consumers of tobacco and gutka in Uttarakhand, which is almost 30 per cent of its population.

It was hoped that the ban would come as relief to the consumers and prevent them getting into serious health related complications.