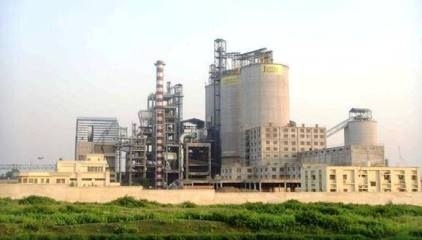 Shimla: Greens are upbeat after the Himachal Pradesh High Court handed out what they term “environmental justice” by fining a corporate house Rs.100 crore for violating the law and fraudulently setting up a cement plant and a thermal power plant.

Jaiprakash Associates Ltd. (JAL), a subsidiary of the JP Group, was last week slapped the hefty penalty for violation of environmental laws by the top court of the state.

Him Parivesh Environment Protection Society, a Nalagarh-based NGO and one of the petitioners in the high court, Sunday hailed the order, saying “it’s an environment justice”.

A division bench of Justices Deepak Gupta and Sanjay Karol passed the landmark judgment May 4 ordering payment of Rs.100 crore as damages for having set up a cement plant by adopting fraudulent means and ordred the comopany to dismantle the 62 MW captive thermal plant within three months, that is being constructed in the same premises.

Both the plants are located in vicinity at Bagheri in Nalagarh area of Solan district, some 120 km from state capital Shimla.

The bench found JAL guilty of a variety of lapses, including misleading the authorities on various occasions to obtain clearances.

Jagjit Singh Dukhia, president of Him Parivesh, said: “The judgment would prove that big corporate houses and government officials cannot hoodwink the public…it would come as a shot in the arm of activists fighting against injustice.”

Its general secretary Balkrishan Sharma said: “We will continue to fight against hazardous industries like thermal, cement, pharma and the high court order (in JAL case) will further strengthen our efforts to rein in the regulatory bodies which are failing to do their job.”

The high court has made it clear that it would not hesitate to close down the cement unit if non-compliance to the conditions laid down by the Environment Appraisal Committee while granting environmental clearance is found.

“We have already initiated a community environment monitoring exercise and are looking at the air and dust pollution by the (cement) plant. The first sampling exercise conducted has already shown that the dust levels are way above the prescribed limits,” Shweta Narayan of Community Environment Monitoring Cell, based in Chennai said.

The high court observed that JAL misled the state government, the Himachal Pradesh State Pollution Control Board, the Ministry of Environment and Forests, the Environment Appraisal Committee and other authorities.

It said the authorities and the officials who were manning these are supposed to act like watch dogs to fiercely protect the interest of the public. “They unfortunately behaved like meek lambs being led for slaughter,” the court said.
Rahul Saxena, a member of Him Dhara, an environment action group based in Himachal Pradesh, said “this landmark order would give momentum to people’s fight against pollution and lack of enforcement of environmental laws in the Baddi-Barotiwala-Nalagarh industrial area”.

Him Parivesh, had filed the petition after it came to know that the company had completed construction of a cement plant and had been constructing a thermal power plant without the mandatory environmental clearance.

However, JAL said it is studying the high court judgment, penalising the company and will then decide on remedial measures.

“The judgment of Hon’ble High Court was pronounced and it being voluminous, we are studying the implications there of, both legal as well as factual, and depending upon the legal advice that we receive, we shall decide our future course of action in accordance with the well established constitutional provisions,” the company said in a statement.