New Delhi: A total of 300 school students studied the earth’s surface as seen from space, including the flood-ravaged state of Uttarakhand, as part of a science popularisation workshop sponsored by NASA, an NGO said. 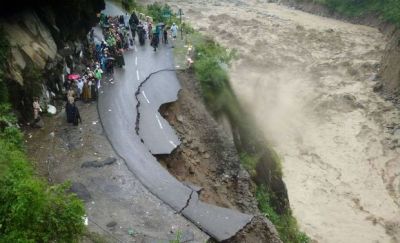 The Knowledge Acquired by Middle school students (EarthKAM) workshop gave an opportunity to the students from seven Delhi schools and one each from Noida and Chandigarh to select areas with recent geographical happenings such as Uttarakhand, ecologically threatened areas such as coral reefs, rainforests and receding rivers etc.

Students selected images of the earth’s surface to be captured by a camera mounted on the International Space Station (ISS), said NGO Science Popularisation Association of Communicators and Educators (SPACE), which jointly organised the workshop.

“The students got to see large-scale geographical features of earth, weather and climate and also studied the areas affected by natural disasters such as floods, earthquakes, fires etc.,” said SPACE.

The service was used by astronaut Sunita Williams on her last mission on the ISS.

“In all, about 500 pictures were requested by the students which will be photographed by the astronauts on board the ISS and sent to the students for download,” said Sachin Bahmba, CMD, SPACE.

The students have also written messages for the astronauts on board ISS, in a bid to encourage interaction between them and the astronauts. The messages will be later compiled and shared with ISS.

SPACE has been conducting this NASA educational outreach programme in India for the past four years, to promote students’ engagement in science, technology and astronomy.