Mumbai: He was truly what legends are made of – a natural talent and a thorough professional with a versatility. Actor Pran left for his heavenly abode late Friday evening. His death is deemed as a big loss for the Hindi film industry. He was 93.

Born as Pran Kishan Sikand, he was popular as Pran, and many, out of the respect the legend commanded, addressed him as “Pran sahab”.

Pran’s condition was frail since the past few months and he was in and out of hospital multiple times. He was reportedly last admitted to the Lilavati Hospital just a week back.

The last rites of the veteran actor, who was a recipient of the coveted Dadasaheb Phalke Award for Lifetime Achievement, will be conducted Saturday at 12 p.m. at the Shivaji Park.

In a career of over six decades, Pran had an exhaustive and impressive filmography of over 400 movies. Each beats the other.

And so, megastar Amitabh Bachchan, who worked with Pran in over 10 films, including “Zanjeer” and “Don”, tweeted: “Another magnificent pillar of the film industry falls.”

Pran may have been loved as the rough and tough man on screen, but in real life, he was “a gentleman, most collaborative colleague, a senior of immense distinction and a true disciplined professional,” wrote Big B.

The actor was chosen for the 44th Dadasaheb Phalke Award for Lifetime Achievement, an honour which his family as well as colleagues from Bollywood felt came a little late in the day. He was also unwell to travel to Delhi to collect the award at the 60th National Film Awards ceremony. 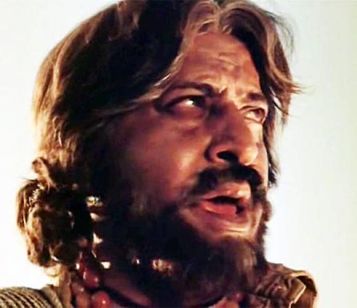 Although he could not travel, the honour came to him when Information and Broadcasting Minister Manish Tewari visited him in Mumbai to confer the award.

The actor started his career as a photographer in 1940, but it was a chance meeting with a film producer that landed him his debut role in a film called “Yamla Jat”.

Later, when he moved from Lahore to Bombay (now Mumbai), with the help of renowned writer Saadat Hasan Manto and actor Shyam, Pran got a break in Bombay Talkies’ film “Ziddi”, in which Dev Anand played the lead role.

That set the momentum for the versatile talent, who brought new mannerisms and style and lent new dimensions to negative characters.

If he played villain convincingly in films like “Madhumati”, “Ziddi” and “Ram Aur Shyam”, with the same ease he slipped into character roles like the lovable Malang Chacha in “Upkar” or a loyal friend Sher Khan in “Zanjeer”.

Expressing his grief through Twitter, superstar Shah Rukh wrote: “Why do icons who shaped our lives and emotions have to go away? You will, sir, remain etched in our hearts. Allah bless your soul Pran sahib.”