Shimla: Sanjay Kumar will be the new director general of police of Himachal Pradesh, a senior official said.

Sanjay Kumar’s name has been cleared by the state government, Chief Secretary Sudripta Roy told. He will replace B. Kamal Kumar, who is superannuating July 31. 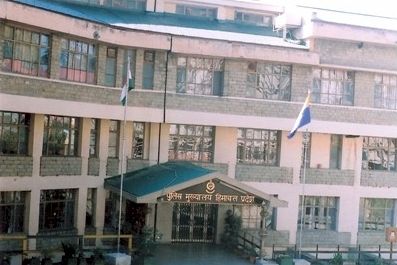 Later, on the retirement of the present incumbent he would assume the charge of full-fledged DGP.

Interestingly, none of the three senior-most IPS officers, who were in the race for the top posts, fulfils the mandatory requirement of 30 years of service for the post.

Besides Sanjay Kumar, the other two are Somesh Goyal and S.R. Mardi.

I.D. Bhandari, who is currently posted as DGP, home guards and fire services, is the senior-most in the IPS cadre.

But he was unceremoniously removed from the top post in February. He was heading the crime and investigation department (CID) when illegal phone tapping took place during the previous BJP regime.

Goyal, the senior-most among the three IPS officers after Bhandari, is on deputation with the Sashastra Seema Bal, while Mardi is serving as additional director general of police, CID.

Sanjay Kumar is the second senior-most among the three IPS officers.

Earlier, speculations were rife that the state government was keen to appoint a Punjab officer as its police chief. Chief Minister Virbhadra Singh had rubbished all such claims.