Srinagar: Parents and relatives of two Kashmiri youths, sentenced for life by a court in West Bengal, staged a protest here today and appealed to the governments of West Bengal and Jammu and Kashmir to save them. 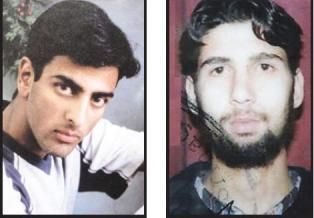 “My son is innocent. He has never been to Calcutta (Kolkata). He was picked up from home and then framed by West Bengal Police,” Mehbooba, 53, mother of one of the convicts Sheikh Imran, told reporters.

“I appeal to (Chief Minister) Mamata Banerjee to feel the pain of a mother whose innocent son has to spend the rest of his life in prison for no crime,” she said.

Abdul Rashid, 51, father of Sheikh Farhat, who has also been sentenced for life by a trial court, said: “These boys were aged 20 and 19 when they were picked up 10 years back from their houses. They never took to guns nor do they have any connection with the violence in Kashmir.

“It is subversion of justice. We appeal to Omar Abdullah and Mamata Banerjee to intervene and save the lives of these innocent Kashmiris. They should be dropped back the way they were picked up by police,” Rashid said.

The trial court in West Bengal has sentenced the two Kashmiris to life imprisonment for arms smuggling.