The apex consumer court has said that it is unfair on the part of a land owning agency to keep an open-ended clause in its allotment letter that does not lay down a time limit for handing over a plot. The decision came in the case of a Gurgaon plot allottee who was given possession 12 years after the allotment. 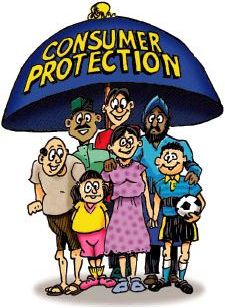 While offering relief to to Delhi resident Pawan Kumar Gupta, the National Consumer Disputes Redressal Commission struck down the attempt of the Haryana Urban Development Authority (HUDA) to penalise him for the alleged delay in starting construction at the site.

The commission’s Presiding Member Rekha Gupta, in a recent order, dismissed HUDA’s attempt to wash its hands off the delay in the handing over of the plot and ducking under a clause in the allotment letter which said that “possession of the site will be offered to you on completion of the development works in the area, where situated”.

“It is…patently unfair that this clause is open ended with absolutely no time limit. The petitioner had taken full payment from Gupta by March 2002 with the first payment being taken in August 1992,” she added.

The national commission upheld the state consumer commission’s decision against HUDA that Gupta got possession of plot 1,184 in Sector-9 “after a period of more than 11 years, which itself shows deficiency in service” on the part of the land-owning agency.

The complainant said he visited the site time and again during the 11 years but HUDA did not provide a sewage system, water supply and other amenities. Facilities like a community centre, school and health centre required for a residential colony were also not provided.

He alleged that the delay in handing over possession of the plot to him resulted in an escalation in the cost of construction by over 300 percent, putting an additional financial burden on him.

HUDA allotted the 250 sq metre plot to Pawan Kumar Gupta July 9, 1993, and the physical possession was given to him Oct 24, 2005, the national commission noted.

Initially, when the plot allottee filed a complaint in the district forum, he was awarded interest at the rate of 18 percent per annum on his deposits from their dates till he was delivered the plot.

The forum said the interest was being awarded keeping in view the rise in construction costs to compensate Gupta as he had been waiting for the plot since 1993.

The forum also struck down a HUDA demand of Rs.14,565 slapped on Gupta as extension fee – a virtual penalty for not starting construction on the plot within the prescribed period from allotment. The forum’s decision was also upheld by the state commission.

The national commission, however, modified the district forum’s order and offered partial respite to HUDA.

“As per the terms and conditions of the allotment letter, the interest payable by the allottee in case of default is 15 percent. In all fairness, and in the interest of equity and justice, the order of the district forum is partially modified by reducing the rate of interest from 18 percent to 15 percent per annum. The rest of the order stands as it is,” said Rekha Gupta.

The allottee said in his complaint that he paid Rs.3.8 lakh and HUDA delayed the possession of the plot for no fault of his, causing undue harassment, mental agony and irreparable loss.

The national commission said HUDA’s counsel drew its attention to the offer of possession dated June 29, 2001, and said that the allottee did not take immediate possession. Pawan Kumar Gupta however denied having received this communication.

The apex commission noted that HUDA counsel could not provide any evidence that the June 29, 2001, communication was received by the allottee.

The land owning agency had moved the national commission against the state commission’s decision upholding the district forum’s decision. The high interest rate on Pawan Kumar Gupta’s deposits awarded as compensation was one of its key objections.

HUDA now has the option of challenging the national consumer commission’s decision in the Supreme Court.