New Delhi: Petrol price will go up by Rs.1.55 per litre, excluding state taxes, from Sunday midnight, largely due to depreciation in the value of the rupee and rise in crude oil prices in international markets, Indian Oil Corporation said. 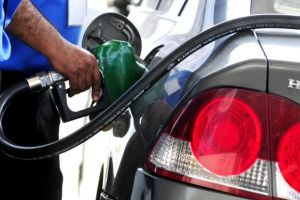 This is the second sharp hike in petrol prices in the past two weeks and fourth increase in less than two months. The previous increase was June 29, when the oil marketing firms had hiked the price by Rs.1.82 per litre, excluding taxes.

However, the price of diesel will remain unchanged.

“The combined impact of deteriorating exchange rate and increasing international oil prices has resulted in the need to increase petrol prices by Rs.1.55 per litre (excluding VAT),” the country’s largest oil retailer said in a statement.

Actual increase in prices will be higher and differ from state to state depending on the local tax rates.

In the national capital Delhi, one litre petrol will cost Rs.70.44 from Sunday midnight, as against the existing price of Rs.68.58.

Justifying the hike in prices, Indian Oil Corporation (IOC) said: “Since last price change, the downward spiral of rupee against the US dollar has continued to reach a low of Rs.60.03/USD as against Rs.58.94/USD during the previous fortnight. Further, international MS (motor spirit) prices have also shown an uptrend and increased from $115.29 a barrel to $117.19 a barrel.”

A sharp depreciation in the value of the rupee has made oil imports costlier and put pressure on the marketing firms as they supply diesel at subsidised rates.

On the future price move, IOC said: “The movement of prices in international oil markets and INR-USD (Indian rupee and US dollar) exchange rate is being closely monitored and developing trends of the market will be reflected in future price changes.”