Mumbai: Superstar Shah Rukh Khan and filmmakers Ashutosh Gowariker and Madhur Bhandarkar paid a visit to actor Hrithik Roshan at the Hinduja Hospital here. The “Krrish” star, recovering post a brain surgery, is likely to be discharged “in a day or two”.

“Hrithik is doing absolutely fine, and he will be discharged in a day or two,” a source told. 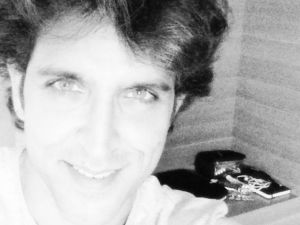 Hrithik underwent a successful brain surgery for removal of a clot, which is said to have been caused by a head injury he suffered during the shoot of “Bang Bang” in Phuket, his father and filmmaker Rakesh Roshan had earlier revealed.

The 39-year-old, who was diagonised with chronic subdural haematoma, was admitted to the hospital July 6 evening, and he was operated upon the following day.

On Monday, Shah Rukh, who returned after attending the recently concluded International Indian Film Academy (IIFA) awards and weekend in Macau, went to look up the health of his “Kabhi Khushi Kabhie Gham” co-star Tuesday, said a source.

Actor Kunal Kapoor as well as filmmakers Ashutosh Gowariker and Madhur Bhandarkar too joined Hrithik’s celebrity visitors in the hospital.