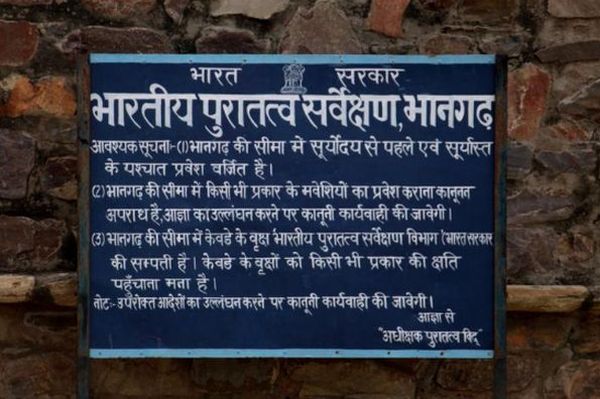 How many of us believe in ghosts? Do they actually exist? Can they be felt? Believers will reply in affirmative and non-believers will perish the thought. But everybody would like to take a trip to THE den of the ghosts and such was the trip to Bhangarh, considered India’s “most haunted” place.

Although it is a 300-km drive away from Delhi, yet a handful of people know about it. We started driving towards Bhangarh from Delhi early morning, expecting the journey to last not more than four hours. As not many people frequent the place, we did not have any first hand information and took guidance from a map and distance measurements available on the internet.

After crossing Gurgaon we proceeded towards Bhiwadi and turned to Alwar district in Rajasthan. Till this point we did not encounter any problem; it was a nice long drive and a little anxiety about what we would encounter at the fort.

From Alwar, as we crossed the Sariska reserve, the weather conditions changed. The sky became completely dark and in the afternoon it seemed like 7 o’ clock in the evening. Dark clouds started descending over the Aravalli range and both melted into each other.

The weather condition was becoming hostile the more we approached the fort. To add to our plight, we bumped our way over at least two kilometres where there was no asphalt on the surface. 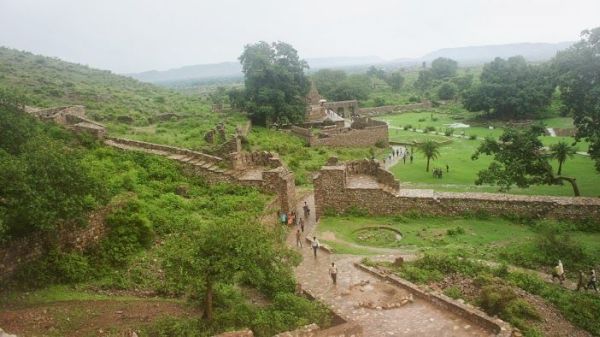 After crossing Ajabgarh, we entered into Bhangarh territory. It started raining profusely. It rained so much that visibility was down to 500 metres. Luckily we were carrying umbrellas and so without wasting a minute’s time, we jumped out of the car and entered the fort. The lush green grass in the fort and its adjoining area surprised us. It did not at all seem like a place in the desert state of Rajasthan. There were many local tourists who came in groups, mostly youngsters. The dilapidated fort and the ruins welcomed us.

As we entered we found a Hanuman temple right next to the main gate. The sprawling premises has more than half a dozen temples: Hanuman Temple, Gopinath Temple, Someswar Temple, Keshav Rai Temple, Mangla Devi Temple, Ganesh Temple and Naveen Temple and a very strategically positioned Purohitji ki Haveli. It left us wondering how ghosts stay in a premises where there are so many temples!

A young tourist, Babulal, who was in a group of 10, said: “We all have come to see bhoot bangla (the fort of the ghosts)! We have heard about this place a lot and hence thought of coming once.”

As we entered, we saw a Dancers’ Haveli and Jauhari Bazar. All dilapidated now, but locals say paranormal activities are observed in these places at night. Further down the sprawling expanse of the fort was the Gopinath Temple, crossing which we reached the Royal Palace. It is located at the farthest end of the fort area.

The architecture of the buildings and the fort speaks volumes of the talent and acumen of the people during the rule of Bhagwant Das who established the town in 1573.

There are many myths about the place. It is believed that the entire township was obliterated in a day. But no written evidence has been found till date. 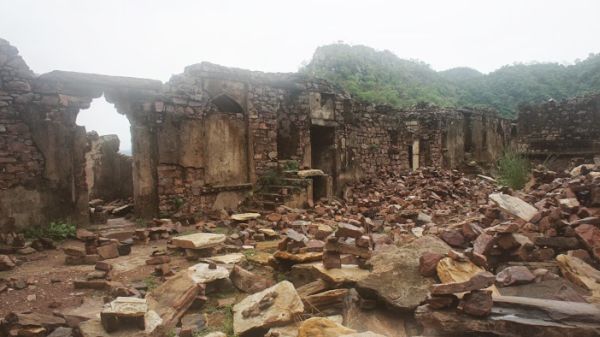 Against the backdrop of the Royal Palace stands the Aravalli Range. Bisram Nath, who works in the Someswar Temple said at times wild animals come down from the mountain ranges at night. “A few families like ours stay within the premise. We stay near the Ganesh Temple. The biggest problem is that the area does not have electricity.”

Standing on the terrace of the Royal Palace one can view the vast expanse of the fort. It has four gates – Lahori Gate, Ajmeri Gate, Phulbari Gate and Delhi Gate. It seems life has come to a standstill in this area.

Like all other tourists, we also left the place before sunset with many questions remaining still unanswered in our minds.

How to get there:

1. Route: Delhi-Gurgaon-Bhiwadi-Alwar-Sariska-Thanagazhi-Pratapgarh-Ajabgarh-Bhangarh. It’s a nearly 300-km drive. Best to travel in a SUV and always carry a spare tyre as there are stretches where for kilometres there are no petrol pumps or habitations.

2. Always carry some dry food as good dhabas and eateries are rare.

3. Carry a torch with you as the fort does not have electricity and even in day time, a torch will help you to see parts of the fort better. 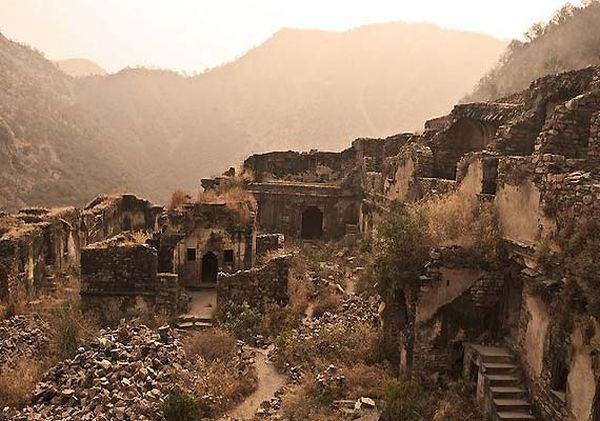