The donation box of the shrine was found empty, as also was the safe where the cash and gold and silver collections, donated by the pilgrims, were kept for safe custody till it was handed over. 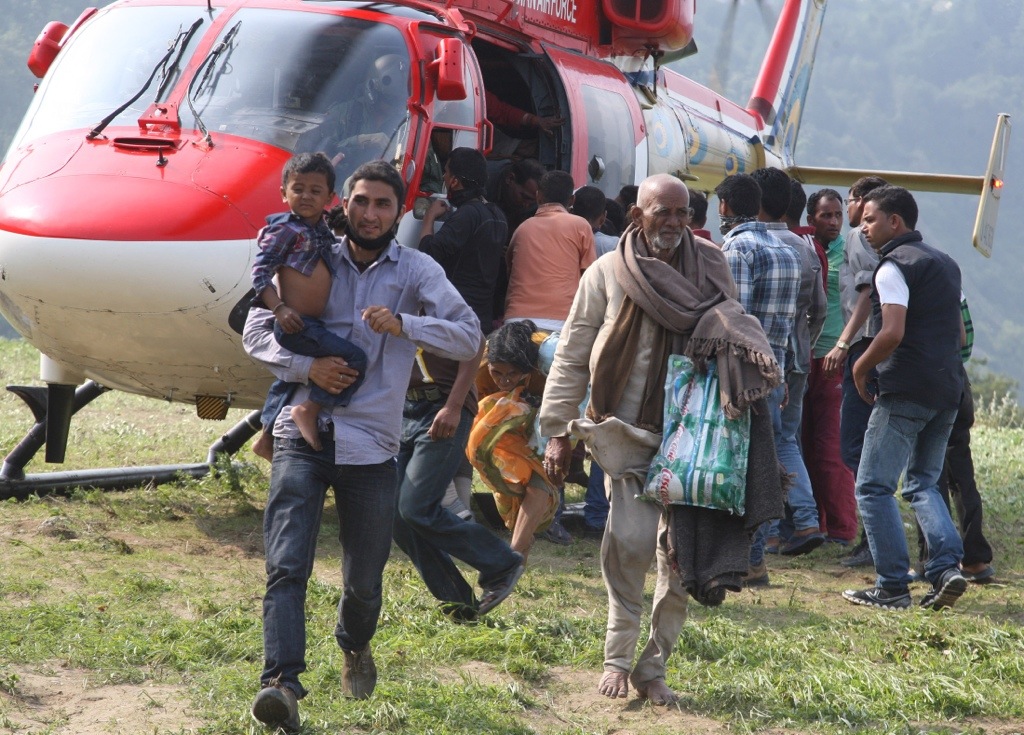 Dehra Dun : Even as the army rescue teams and IAF choppers are working against time to rescue the thousands of people who are stranded at various places in the Garhwal Himalayas following the most gruesome tragedy of recent times, unscrupulous elements are making advantage of the situation and stealing money and valuables.

Reports reaching the state headquarters here said that a sum of Rs three crores that was kept in the vault of the Kedarnath branch of the State Bank of India has been stolen after the strong box had been thrown out into the open by the devastating floods. The box was out in the open and it was empty, with the three crore rupees in it gone, official sources said.
It was also revealed that hundreds of crores of rupees and valuables, particularly in the form of gold and silver had also been taken away from the Kedarnath shrine.

The donation box of the shrine too was found empty, as also was the safe where the cash and gold and silver collections, donated by the pilgrims, were kept for safe custody till it was handed over.

Incidentally, there is a tradition of donating gold or silver, depending upon your status, at the Kedarnath shrine. Most of the pilgrims who come to the temple are known to offer gold to Lord Shiva at this famous shrine, as it is believed that donating valuables is considered auspicious, which is why gold and silver are preferred.

There are indications that taking away the valuables could be the handiwork of some youth from a particular community, who were probably working there in the dhabas or restaurants and hotels and were somehow saved in the gruesome tragedy. They probably made the most of the situation and decamped with the money and valuables.

Meanwhile a sadhu was arrested by the Gauri Kund police following the recovery of Rs 80 lakhs from his possession during a search conducted of his belongings. Though the money has been taken and deposited in the state treasury there is a strong feeling that such elements could be making the most of the situation and stealing money and other valuables.

Official sources said that though they were aware of the fact that unscrupulous elements could be making most of the adverse situation and stealing money and other valuables, but right now their attention was on saving the pilgrims and others who were stranded and not looking out for the unscrupulous elements, which could delay the relied and rescue operations.