The harrowing tales of no help by the administration, being narrated by the people being brought in by the choppers are mind boggling. 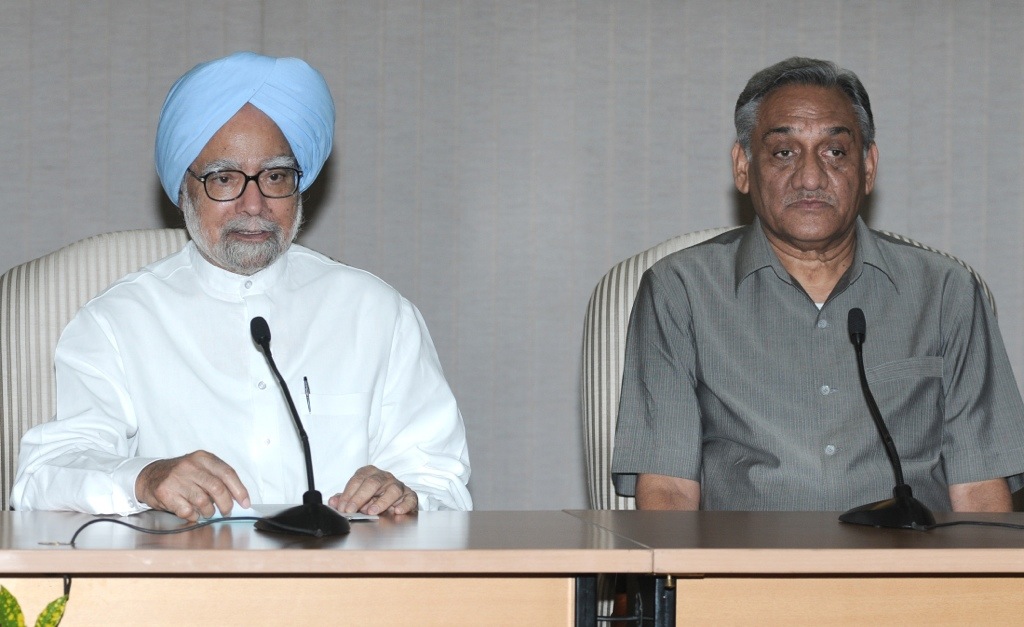 Dehra Dun : With Uttarakhand chief minister Vijay Bahuguna and the rather inefficient working of his government, besides the incompetence shown by the administrative machinery during the worst ever tragedy to his the Garhwal Himalayas, be the face of the Congress party during the forthcoming Lok Sabha polls.

Though not an immediate issue, there are already conversations going on inside the Congress party in this small mountain state and in political circles here and there is a feeling that this could have bigger repercussions in the days ahead.

The harrowing tales of no help by the administration, being narrated by the people being brought in by the choppers are mind boggling.

Most of the people who have been rescued after five days of lying in the open in the company of dead bodies of their fellow pilgrims, without food and water and surviving after drinking muddy said that there was no help from the administration.

Had it not been for the army jawans, most of them claim that they would have been dead and never have made it to safety.

Though Bahuguna and his team of ministers and officers rather than trying to streamline the rescue and relief operation during this hour of crises are making a mess of things, which is evident from the fact that wherever the chief minister and his ministers have gone they have been heckled by not only the survivors of the tragedy but the local population also.

In five days after the tragedy struck the state government authorities have not also been able to coordinate fully with the army, IAF and para-military forces, because of which the rescue and relief operations are now being fully handled by the army authorities. The state government officials claim that they have made arrangements for food packets, but the people who were rescued claim that they had not received any food packet on any day and were surviving on will power and local help.

In fact, the centre is concerned that the state government could be sending it exaggerated reports of the people being rescued and relief operations being undertaken and as such has sent a senior officer from the national disaster management board to oversee the entire operations and report back to it on the work being undertaken and ensuring that there is more coordination at the ground level.

The reason for this is being said that the central government is not getting good feedbacks about the rescue and relief operations being undertaken in the flood hit area. And this is just not from Uttarakhand alone, but even those from other states who have been rescued and reached home safely have nothing good to say about the working of the Uttarakhand government during the tragedy.

Chief ministers from other states, who have come here or have got in touch with the stranded people after they were rescued and reached home, have also told the centre government that the working of the Uttarakhand government and its administration and handling of the situation was anything but satisfactory.

It is primarily because of this that two senior leader Moti Lal Vora and Ambika Soni have been asked to reach Dehra Dun and streamline the rescue and relief operations, as the working now is far from satisfactory.

There are even reports that ministers of the state government and the party MLAs are trying to take political mileage of the situation and putting a spanner in the chopper services.

Another factor that is being taken seriously is why did the Uttarakhand government not react and put into place a disaster management plan, whenever it had been informed two days in advance that high intensity rains and cloudbursts could hit the yatra routes. It was aware of the fact that over a lakh of pilgrims would be on the yatra and immediate efforts should have been taken to stop the yatra and remove the people from the prone areas.

Not only this, even immediately after the tragedy had struck, the Bahuguna government and state administration rather than rising to the occasion and going all out to salvage the situation with whatever resources they had, started making excuses. Many consider it shameful that the chief minister took the plea that he neither had the personnel, nor the wherewithal to undertake the rescue and relief operations.

Political observers here said that it reflects on the poor working of the Uttarakhand government that chief ministers and ministers from other states have started reaching Dehra Dun and trying to give all possible help to rescue and take back the stranded people from their states. Special buses and air flights are being operated by them at the cost of their governments for their people.

They cited the example of Gujarat chief minister Narender Modi, who immediately ditected that special airplanes be flown from Ahemdabad to Dehra Dun to airlift all the persons who were being brought in from Kedarnath and other flood devastated. In fact when local BJP workers pointed out that the Uttarakhand government had put riders on Modi visiting the affected areas, the Gujarat chief minister said that he was aware of such tragedies and had not come to make political mileage.

One can understand the gravity of the lapses that the people who have come from various parts of the country in search of their near and dear ones, had to resort to gheraoing the city magistrate because of the inefficiency they were witnessing. They lay down on the road and blocked the traffic in the hope that perhaps the working may improve.

But in all this mismanagement and inefficiency of the state government and district administrations the rescued people are all praise for the locals, who went out of their way to support and provide relief to the stranded pilgrims. The tale of the bordering Gauri village in the Kedarnath valley, which has just about 40 families has been etched in the mind and hearts of the people who took shelter here.

The villagers used up all their ration feeding the 5000 people who had taken shelter in their village for four days, but at no time let it be known that they were running short of food.

In fact some of the people who had taken shelter at the village narrated that the residents of the village would not eat themselves, so that their ration stocks are stretched, as they did not know for how long the people would be stranded in their village. With a prayer on their lips and a message of goodwill in their hearts they finally bid farewell to the stranded people when the choppers airlifted them.

It is such incidents that have warmed the heart and minds of the stranded people, despite the fact that the state government and its machinery only added to their cup of woes and misery.