“No more people will die there. We will rescue all those who are stranded, even if we have to trudge every trail and footpath” 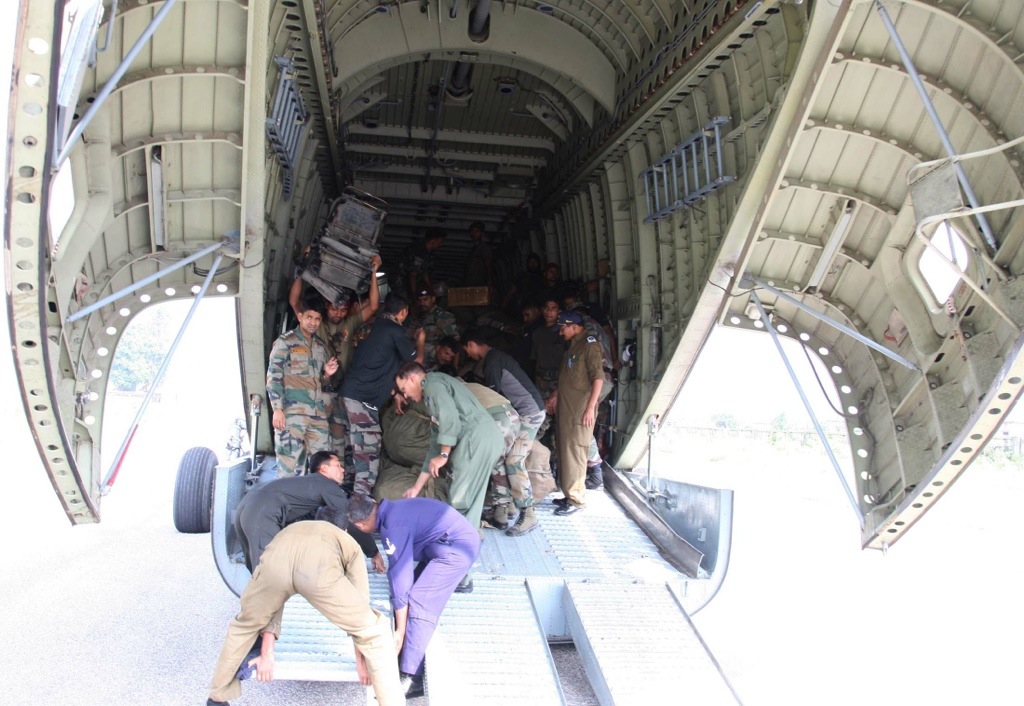 Dehra Dun : There have been light to moderate showers in Garhwal division of Uttarakhand and with the meteorological department warning that heavy showers could hit the already devastated areas in the next 48 hours, rescue and relief operations have been speeded so as all the sgtranded are rescued from the interiors where they have been stranded without food and water for nearly six days.

Officer commanding, central command, Lt Gen Anil Chait, who is directly commanding the almost 9000 army personnel who are undertaking the rescue operations in the interiors of the flood devastated areas, admitted that the need of the our is for spreading elaborate rescue and relief operations in the affected areas.

Asserting that the army is no God, but he made it clear that no efforts will be spared till the last of the stranded persons are brought out to safety from the flood hit areas, adding that it will go strictly by merit of evacuating the sick and injured, followed by the elderly, women and children.

“No more people will die there. We will rescue all those who are stranded, even if we have to trudge every trail and footpath”, he added.

The man in olive green said that the best men and officers had been deployed in the over 40,000 sq kms of the devastated areas of Uttarakhand and they were proving their mettle, which is reflected in the praise that there is for the army jawans from all those who have so far been rescued.

But he hastened to add that because of the magnitude and gravity of the situation, it was hard for him to say by when all could be airlifted to the safety of their homes.

Meanwhile, union home minister Sushil Kumar Shinde upset by the feedback reaching the centre on the ship shoddy manner in which the state government was conducting the rescue and relief operation held a meeting with the Uttarkhand government and its officials in the hope that it may speeden up things and the operations become more streamlines so that maximum could be taken out before the rains hit the area yet again.

Assuring all central assistance to the state government at this crucial juncture, he, however, took exception to the manner in which the operations had gone so far, specially that the stories that were reaching the centre through the media and through the other state governments, whose residents had been stranded here.

He put the official figure of the toll at over 560, but said that more bodied could be recovered in the days ahead after the debris is cleared, adding that over 30,000 people were still stranded at various places and an all out effort was being made to evacuate them before the rains added to their misery and put hurdles in the relief and rescue operations.

Even as there are a number of calls from those whose next of kin are stranded at various places, making fervent pleas that chopper sorties be made to the region where the stranded are, the IAF personnel are coordinating with the army and para-military personnel who have fanned out in the devastated areas and are searching for the injured and sick who are finding it hard to trudhe the long distances under the adverse circumstances.

Information collected from Haridwar said that more bodies were recovered from the Ganga and their number had now gone up to 60. None of the bodies had so far been identified as the people were not expecting the worst and hoping that their near and dear ones would be alive and would turn up soon. However, all the bodies arte being tagged for identification and being kept in the mortuary.