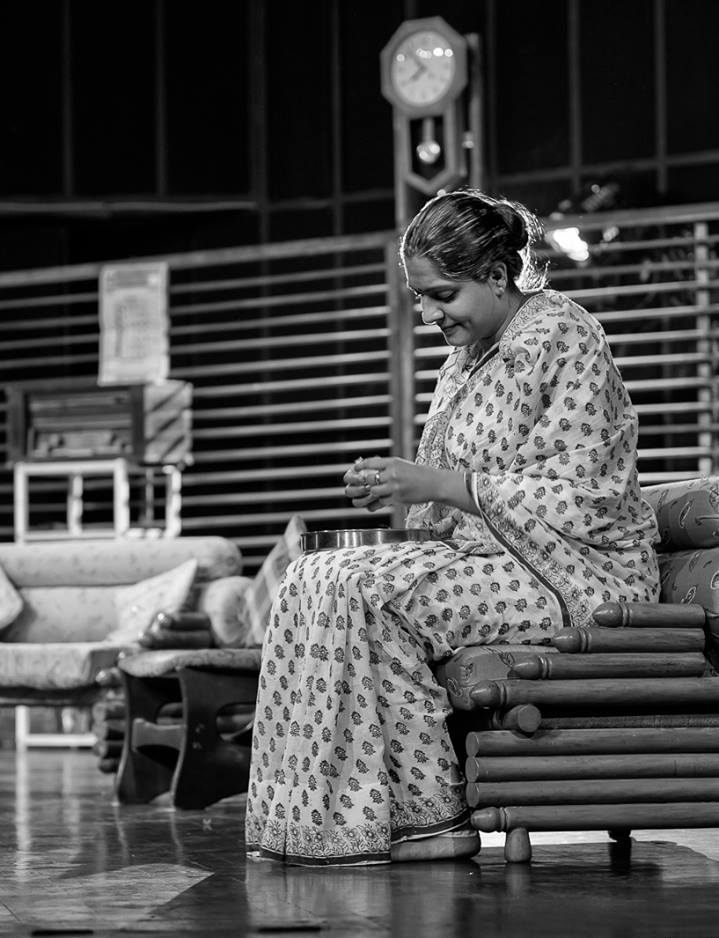 New Delhi, June 5 (IANS) Loneliness, bad health and separation from children — woes of ageing parents — have been portrayed in a heart-warming manner in “Sandhya Chayya”, a well-directed play with moving performances by the lead actors conveying an important message for the younger generation.

Director Basab Bhattacharya says that he picked up the story, written by prominent Marathi playwright Jaywant Dalvi in the 1980s that is even relevant today, to send out a message to all youngsters that “do not neglect your parents no matter what professional commitments you have”.

How big dreams and ambitions are taking children away from home and leaving behind their parents to deal with day-to-day problems and loneliness at the fag end of their lives is effectively portrayed in the play.

Actors Priyanka Sharma and Bharat Gupta wowed with their performance in the lead roles of the elderly couple, who are so lonely that they befriend a little girl over phone and chat with her to ward away their loneliness.

The original script was written in the 1980s and was adapted by many into a play, including Nadira Babbar. In 1995, director Jyoti Sarup made a film on the subject with Shreeram Lagoo and Sulabha Deshpande in the lead.

“Nowadays in theatre, focus is more on comedy and light-hearted stories, but I deliberately chose the subject because I want to keep alive the culture of serious plays,” Bhattacharya, who works with a bank, told IANS.

He said members of their theatre group New Delhi Players are working professionals and the passion for acting is the common thread among them.

While Priyanka is working with an American multinational, Manoj is in the media. And Sunil Rohatgi, who plays the couple’s house help Madho, owns an event management company.

Although Sunil doesn’t have any dialogues in the play, he impresses with his performance. His entry brings laughter in the otherwise grim and gloomy drama.

The climax is tragic and disheartening as the couple commits suicide, but Bhattacharya says he doesn’t want anyone to end their life, but hopes that children would create space for their parents in their busy lives.

Bhattacharya premiered his version of “Sandhya Chhaya” on Saturday at the Indian Habitat Centre and also staged it on Sunday. He has plans to have another schedule in July in the capital.

If things work out, he will also take it to different cities in the country.