Mumbai: The Reserve Bank of India (RBI) today kept key policy rates unchanged, after lowering them in each of its previous policy reviews, and warned that the rupee’s weakness and rise in administered prices – for instance of diesel – could fuel inflation. 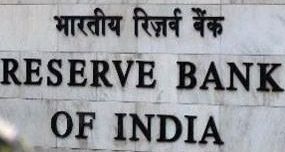 In its mid-quarter review of the monetary policy for 2013-14, the central bank kept the repo rate, the rate at which the RBI borrows money from the commercial bank, unchanged at 7.25 percent. The reverse repo rate was adjusted to 6.25 percent.

The cash reserve ratio (CRR), or the share of deposits banks must keep with the RBI, was kept unchanged at 4 percent.

The RBI maintained the status quo despite moderation in inflation. The central bank said the recent weakness of the rupee and possible increase in administered prices could fuel inflationary pressure.

“The inflation outlook going forward will be determined by suppressed inflation being released through revisions in administered prices, including the minimum support prices as well as the recent depreciation of the rupee,” the RBI said in its policy document.

The central bank said easing commodity prices at the global level and weaker pricing power of corporates at the domestic level are having a softening influence on inflation.

According to data released by the commerce and industry ministry last week, the country’s headline inflation based on the Wholesale Price Index (WPI) fell to 4.7 percent in May, the lowest in 43 months, against 4.89 percent in April and 7.55 percent in the corresponding month of last year.

Retail inflation based on the Consume Price Index (CPI) declined to 9.3 percent in May as compared to 10.2 percent in the previous month.

The central bank said the monetary policy stance would be determined by how growth and inflation trajectories and the balance of payments situation evolve in the months ahead.

“It is only a durable receding of inflation that will open up the space for monetary policy to continue to address risks to growth. While several measures have been taken to contain the current account deficit, we need to be vigilant about the global uncertainty, the rapid shift in risk perceptions and its impact on capital flows,” it said.

“The Reserve Bank stands ready to use all available instruments and measures to respond rapidly and appropriately to any adverse developments,” it added.

On growth, the central bank said the key to “reinvigorating growth is accelerating investment by creating a conducive environment for private investment, improving project clearance and implementation and leveraging on the crowding-in role of public investment.”

“The spatial and temporal distribution of rainfall over the next three months will be crucial in determining the performance of agriculture. The continuing weakness in manufacturing activity needs to be urgently reversed,” the RBI said.