Mumbai: A Mumbai magistrate today sent Bollywood actor Vindu Dara Singh, who was arrested earlier today for suspected links in the spot-fixing scam in the ongoing IPL tournament, to police custody till May 24. 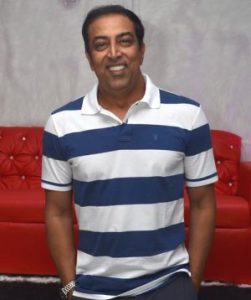 Police sought his custodial interrogation after Ramesh Vyas, one of the bookies arrested in the scam and currently in police custody, revealed Vindu’s name.

Vindu was picked up from his suburban home Tuesday morning by a team of Mumbai police Crime Branch sleuths.

With the arrest of Vindu, 49, Mumbai police have sounded the first knock on Bollywood, completing the cricket-underworld-Bollywood nexus in the betting and spot-fixing scam that has hit the sixth edition of the Indian Premier League (IPL).

Son of the celebrated wrestler-cum-actor, the late Dara Singh, Vindu shot into the limelight a few years ago after wining the “Bigg Boss 2010” reality show on TV.

Though police are reluctant to divulge details, it is learnt that Vindu had been under the scanner for the past few days after Vyas was arrested.

Three Rajasthan Royals IPL cricketers S. Sreesanth, Ajit Chandila and Ankeet Chavan and over a dozen bookies have been arrested in the ongoing investigations into the IPL-6 spot-fixing scam busted last week.

Vindu has acted in several movies, including the recent “Son of Sardaar”, “Partner” and “Housefull”.