Shimla:  A restive and uneasy calm prevails at Himachal Pradesh University as both students political activity and violence has died down after the university administration warned that elections to Students Central Association (SCA) would not be held should there be any kind of campus violence.

Falling in line, students organistions for the past two weeks have refrained from any kind of violence as most of them are desirous of holding the annual SCA elections.

The administration diktat was that should there be any kind of disturbance on the campus then elections would be definitely banned.

Vice Chancellor ADN Bajpai said,  “SCA elections seems the reason of all the disturbance in the campus, so if any kind of violence in the university takes place then a strict decision on banning the  SCA elections will be taken.” 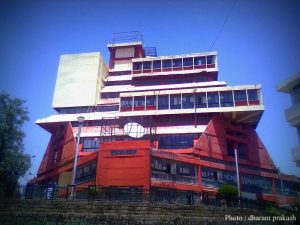 Elections for the Student Council Association in Himachal University normally held each year in August. But this year, it’s up to the student organizations whether elections will take place or not.

With the university convocation have recently concluded, once again attention is being drawn towards the environment of the campus.

SCA office of the university is still sealed and top leaders of the student organizations are still under police custody. University administration is also ready to issue notice to students blamed for the 13th May violence case.

On the other side, student’s leaders have shown their negative attitude towards the warning of the university. The leaders and activists of ABVP and SFI organizations have said that elections are the democratic right of the students and this cannot be violated by the university.

The entrances and counseling process is going on in the campus and it depends on the students organizations that how sincerely everything will go on.

Previously, he has worked as an intern at Dainik Jagran Ltd.

A young journalist in making, Dharam Prakash loves to blog and writes what he believes in.