San Francisco: US scientists have successfully managed to restrict epilepsy in mice that failed to respond to drugs, through transplantation of a particular group of cells, says a study.

Epilepsy that does not respond to drugs can be halted in adult mice by transplanting a specific type of cell into the brain, University of California – San Francisco researchers have discovered, raising hope that a similar treatment might work in severe forms of human epilepsy. 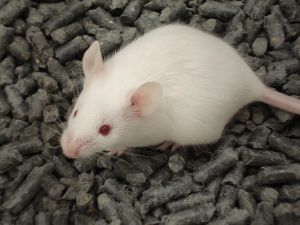 The UC-SF scientists controlled seizures in epileptic mice with a one-time transplantation of medial ganglionic eminence (MGE) cells, which inhibit signalling in overactive nerve circuits into the hippocampus, a brain region associated with seizures, as well as with learning and memory.

Cell therapy has become an active focus of epilepsy research, in part because current medications, even when effective, only control symptoms and not underlying causes of the disease, according to Scott C. Baraban, who led the new study. In many types of epilepsy, he said, current drugs have no therapeutic value at all.

“Our results are an encouraging step toward using inhibitory neurons for cell transplantation in adults with severe forms of epilepsy,” Baraban said. “This procedure offers the possibility of controlling seizures and rescuing cognitive deficits in these patients.”

The findings, which are the first ever to report stopping seizures in mouse models of adult human epilepsy, were published online May 5 in the journal Nature Neuroscience.