Dehra Dun : While railway minister Pawan Kumar Bansal may have disappointed the people of Uttarakhand as there was no mention of the much hyped Rishikesh-Karanprayag railway line, but he definitely gave something for wild life lovers in this small hill state to cheer about.

In his budget speech, Bansal has proposed a Rishikesh-Doiwala by-pass loopline, which when completed, will become a diversion for the trains to circumvent the Motichur-Kansro-Raiwala belt of Rajaji Sanctuary, where a number of wild elephants roam freely.

This stretch of the railway line has been a killer of pachyderms in the Rajaji Sanctuary. 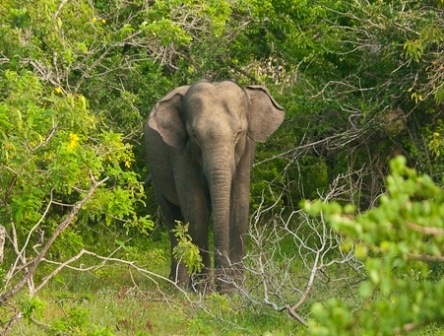 Between 1987 and 2012, over 25 elephants have been overrun and killed by trains that chug through the sanctuary, much to the concern of the wild life lovers in the state.

In January this year, three elephants lost their lives when they were run over by trains and the incident was raised at the national level. This is said to perhaps be the reason for the bypass railway line, for a proposal sent by the Rajaji Sanctuary authorities way back in 2007 for a bypass track to circumvent the elephant belt had been shelved over the years by the Railways.

It may be mentioned here that about 20 kms of railway line passes through the Rajaji Sanctuary area resulting in death of not only elephants but other wild life also. The Rajai authorities had even mooted that trains slow down in this stretch, so that the animals are not overrun, but the Railways were in no mood to lower the train speed for various reasons.

Wildlife lovers here said that though they could not take credit for the bypass, but all those who had pursued the matter at various levels, including the Sanctuary authorities deserve kudos, and the railway minister in particular for understanding the concern of the pachyderms.

However, they were of the view that the minister having done so much, could a go a little bit further by ensuring that work starts on the bypass early and it is completed in time. Normally, it could take more than five years to lay the track, which would mean death of some more wild elephants, but if work on it is done in speed, it would definitely help, they contended.