Picturesque tourist destination of Kullu and Manali will soon be lightened with Bollywood stars like Salman Khan, Katrina Kaif and Ranbir Kapoor, amid others, slated to make their way to the valley for their respective movie shoots. 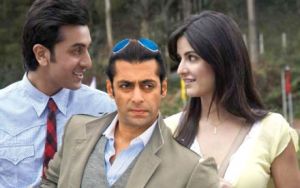 Following director Imtiaz Ali’s decision to shoot with Ranbir and Katrina in Manali, renowned director Seema Desai has followed suit. Desai has decided to shoot her upcoming children’s film in various locations in the valley.

Seema Desai directed children’s film is being produced by Children’s Film Society (CFSI) – a nodal organization of the Government of India, which produces children’s films and TV serials in different languages.

Film co-coordinator Anil Kayastha has confirmed that “shooting for Desai’s film will begin next month.” He said, “Shooting locations for the film, which will be shot over a period of one month, have already been finalized here.”

Salman Khan will be seen in a special guest appearance in the movie.

Salman is expected to be in Manali to shoot for the film, also because Katrina Kaif is making way to Manali with Ranbir Kapoor, during the same time when Desai will be shooting her film.

Kullu-Manali valley has been the biggest attraction for many Bollywood filmmakers over the years, especially after insurgency in Jammu and Kashmir.

It will be Seema Desai’s first shooting experience in Manali, while Imtiaz Ali has shot films like Jab We Met (staring Kareena Kapoor and Shahid Kapoor) in the beautiful valley before.

It is worth mentioning that the lush green valley, ancient architecture and snow clad mountains of Kullu-Manali have started luring Hollywood directors too, many of them have expressed willingness to shoot films here.