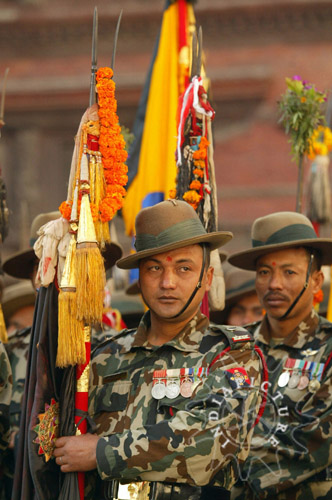 Dharamshala: The Ghurkha Community of Himachal Pradesh is unhappy with the ex-IPH minister of Himachal, Mr Ravinder Ravi, who is also an MLA from Dehra constituency of Kangra district of the state. The community is demanding an unconditional public apology from the ex-minister for a comment on Ghurkhas in Himachal Assembly on April 5th that was largely condemned.

The president of Gorkha Community of Panjab and Himachal, Bhupinder Singh Gurung said, “Ravi must resign from vidhan sabha and render his apology to the community for his statement in Himachal assembly, where he (Ravi) stated that the problem of stray dogs and monkeys could be solved if Ghorkha and Naga regiments are called in the state, as these animals are favourite food of Ghorkhas and Nagas .”

Gurung said that Gurkhas love these animals and Ravi’s statement has come as a shock to the community.

A Gorkha women’s leader Asha Punn said,”Ravi’s statement is like Ma ki Gali to us. He must apologise immediately and resign from assembly at any cost or we shall intensify our agitation.”

Gorkhas on Monday carried a big rally in Dharamsala and burnt the effigy of the ex minister near DC’s office. They also submitted a memorandum to CM through DC kangra at Dharamsala.