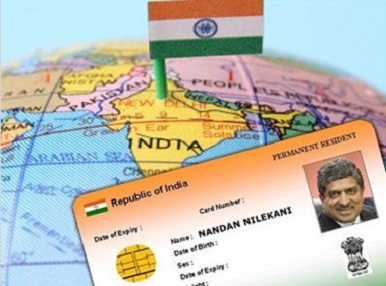 Shimla: Registering for Aadhar cards has become a rocket science for the people of Shimla due to the inefficiency and mismanagement of the staff deployed here, causing inconvenience to the people, especially to the illiterates, as this card has been made compulsory for everyone.

As the formalities required to make Aadhar card have been made more complicated than before, people in Shimla are finding it very difficult to have this card.

The offices where UDAI registrations are being done at Shimla in localities like Sanjauli, Kusumpti, Dhalli and Mall are overloaded and people employed there are unable to manage and co-operate with the troubled public and most of them are forced to visit the specific office time and again to complete the biometric identifications that the operators have to collect under for obtaining Aadhar identification.

Curiously enough, earlier the registration process had been divided into different time periods, but now there was a time lapse between depositing of application forms and next the procedure of taking photographs and finger prints and used to be completed on the same day.

The computer equipments, be it desktops or laptops, these centers is not working properly that is causing undue delays and forcing people to come back another time for getting enrolled.

Other problems plaguing these centers is shortage of application forms that is causing much inconvenience especially to school, college and office going people.

Much harassed senior citizen Sheela Verma, said, “I have been coming to this UIDAI registration center located in the Municipal Corporation office on The Mall Road for the past two days, just to deposit the application form but they are not accepting it and keep extending the date.”

The problems of making miracle identity card Aadhar does not end here as several people who had applied for registration more than a year ago have to go through the process all over again, as the previous registration has been rejected by the UIDAI authorities.

With the UIDAI offices not handling enquiry requests, overcrowding and harassment for the hapless public is often resulting in arguments breaking out between the employees and the people coming to register at these centers.