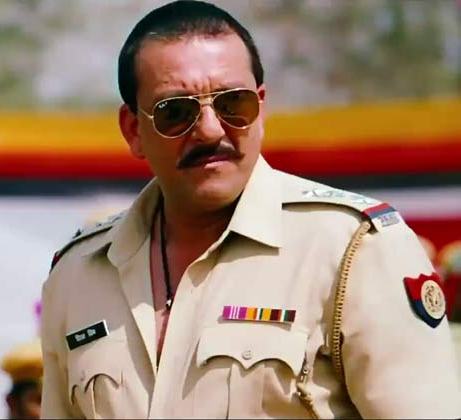 Mumbai, March 30 (IANS) T.P. Aggarwal, the producer of Sanjay Dutt-starrer “Policegiri” is deeply impressed with Sanjay’s professionalism. He says Dutt, despite all his legal trouble, is trying to complete all projects before going to jail.

Sanjay Dutt was awarded five years in jail by the Supreme Court March 21 for illegal arms possession during the 1993 Mumbai bomb blasts.

“The shooting is going well. Yesterday (Thursday) also we shot, today (Friday) also we are shooting. Six more days are left. The best thing is that he is dubbing simultaneously. He is dubbing today also. He says ‘before going for the punishment, I will complete your picture’,” Aggarwal said here Friday on the sets of the film.

Dutt was asked to surrender in four weeks to serve his remaining term of about three-and-half years as he has already spent 18 months in jail.

“It’s a very good thing and even today he is shooting with a calm heart and like a pure professional. He is not using any duplicate, he is doing fantastic action. I have not seen any person as professional as Sanjay,” Aggarwal said.

According to T.P. Aggarwal, the film will be complete by April 9.