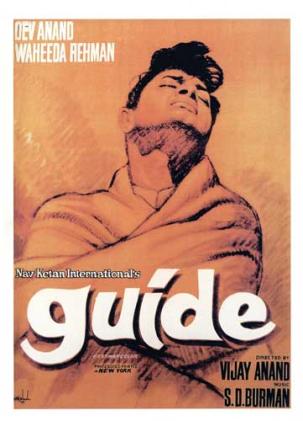 New Delhi, March 30 (IANS) Indian cinema had always enjoyed linkages with literature, says Abhishek Kapoor, citing the “Apu Trilogy” and “Guide”. The “glorification of mediocrity” impeded this creativity, but the trend is back, says the actor-turned-director, who has adapted “The 3 Mistakes of My Life” into the hit movie “Kai Po Che”.

He feels leaning towards god-like figures, who induce hero-worship, “spawned a subsequent culture of heroics on cinema”.

“Compounded to that, the herd mentality attitude and the glorification of mediocrity, left no room for the hard work and creative craftsmanship required to adapt the classic writing to screen. Recent years are seeing a revival however, and I’m glad to walk this talk,” said Kapoor, who has made “Rock On!!”,

Q: Out of the three films that you have directed so far, “Kai Po Che!” was the first one based upon a book. Was it challenging?

A: Cinema speaks a different language than literature. That’s why adaptation is a skill – blending the art and the science of writing the narrative. The visual imagery is the easier part. Exercising economy of characters and situations while retaining the essence, and then adding further flourishes in terms of layers to embellish the flow, was the tough part. No pain, no gain. All credit to the writing team for retaining their tenacity and good humour during the process.

Q: Most of the Oscar nominated works are inspired by literary work. India is rich in literature, but very few filmmakers take the initiative. Why’s this so?

A: Indian cinema has always enjoyed linkages with our literature. The grand masters like Satyajit Ray (“Apu Trilogy”), Bimal Roy (“Bandini”), Vijay Anand (“Guide”), among others, married the two mediums with remarkable soul and pride. But our popular leaning towards god-like figures, who induce hero-worship, spawned a subsequent culture of heroics on cinema that transcended reality and became life-forms of their own. Compounded to that, the herd mentality attitude and the glorification of mediocrity left no room for the hard work and creative craftsmanship required to adapt the classic writing to screen. Recent years are seeing a revival however, and I’m glad to walk this talk.

Q: When you made “Rock On!!”, the film got attention because successful director Farhan Akhtar was making his debut in it, and “Kai Po Che!” was promoted as Chetan Bhagat’s book’s adaptation. Do you feel any identity crisis?

A: None at all. This is the kind of stuff non-spiritual beings may feel like, but I crossed that bridge a long time ago having raised from my early failures. People can take away your credit, but they can’t take away your talent. A director’s work is a director’s work after all in all its uniqueness. There’s more to me than meets the “I”, and I would like to keep it that way. All the world needs to know about me is best expressed through the work I do.

Q: You have directed three films, but not repeated any actor. Why?

A: I think it’s a part of me which craves versatility. I believe every film has its own journey, like a unique marriage one could say. I’m the common link between all three of my films. I have ventured into each one, guided solely by my creative instinct, which has been driven specially by the merit of the script and project in contrast to following any trend.

Q: What does it take to woo the box office?

A: The box office is brutally honest and truly follows no formula. It is the content which matters and the accuracy of its timing. There’s a market for all types of audiences, make sure you identify your segment and access it honestly with a straight-forward approach. Crack the right combination of these two factors and in the long-term you forge an understanding of sorts.

Q: What about acting again?

A: My doors are open. Let’s see who knocks first. With my life trajectory, I feel I am equipped to deliver with substance and depth. I’ve been reviewing a few scripts; let’s wait to see what comes out of this process.

A: For “Rock On!!2”, talks have been under way and the scripting process has been initiated. We’re all waiting to see when and how to proceed, once the respective commitments of everyone involved have been looked after.

Q: With two big successes, expectation will be high when you will come out with your next – how will you tackle that pressure?

A: I don’t think about expectations. For me to enter a new idea, I have to unlearn everything I have understood before and start all over again. It’s a new beginning to a journey, which will unravel as we go along. My mind is focussed on that.

(Arpana can be contacted at [email protected])