Shimla: Marking its Golden Jubilee Year, the state Vidhan Sabha intends to become fully online and would be hosting the President of India to address the assembly in one of the sessions, speaker BBL Butail disclosed. 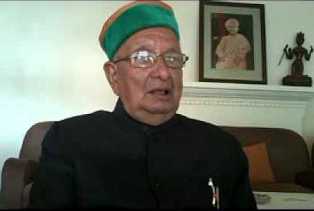 Speaking to media persons before start of the budget session, the speaker said that while calling upon the President Pranab Mukherji, the President had expressed a desire to address the state assembly.

“It would be an honour for us to host the president in the year when the HP Assembly enters the Golden Jubilee year,” said Butail.

The facility would not only help to reduce paper work but would also help to disseminate information about the houses proceedings.

The budget session would start from March 12 and would end on April 9 during which 18 sessions would be held, said the speaker. The budget is scheduled to be presented on March 14 and is expected to be passed on March 29.

It was in July, 1963 that the HP Vidhan Sabha held its first session, secretary Balbir Tegta said.