On receiving the award Nand Lal Sharma, director SJVN said that the company had adopted a corporate social responsibility police whose guidelines had been laid out by department of public enterprises and ministry of heavy industries. 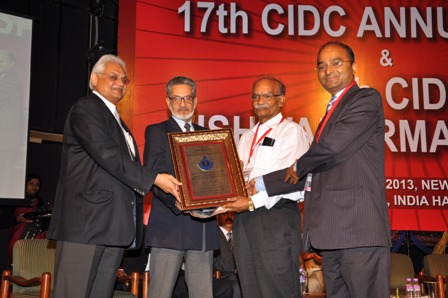 He added that SJVN had already spent more than Rs 100 crores on various CSR activities and more than Rs 16 crores are  being spent for the purpose in the current financial year.

Rampur project which is scheduled to be commission later in the year, said Sharma had set up benchmarks by introducing new technologies. Geo-green technology that reclaims sites where excavated materials from tunnels is stored in large dumps has for the first time been introduced by the public enterprise company, he informed.

To recognize contributions in the construction sector, Construction Industry Development Council (CIDC), a body where the Planning Commission has collaborated with the construction industry, annually confers the Vishwakarma Awards.