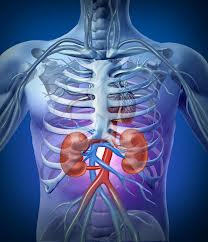 New Delhi: Five years since the busting of a thriving racket in human kidneys in Gurgaon, where unsuspecting poor people would have their kidneys removed without their consent, a “huge disparity” between demand and supply of organs for transplant continues to promote a black market in kidneys, says doctors.

Medical professionals say it is the lack of availability of organs that leads to people resorting to illegal means in order to save the lives of their near and dear ones.

A special CBI court delivered its verdict in the sensational Gurgaon kidney scam of 2008, coming down heavily on the convicted doctors. It said that the actions of the convicted doctors, including kingpin Amit Kumar, was a “slur on the nation”. The doctors used to lure poor people on the pretext of giving them employment and later on removed their kidneys without their consent.

The court sentenced two of the doctors to seven years’ rigorous imprisonment and a fine of Rs.6 million each.

“Anything which has a great demand has a black market,” said Anoop Mishra, director, Centre of Diabetes at the Fortis Hospital.
“Indians are even going to Pakistan to get transplants done due to the lack of donors in India,” Mishra told IANS.

Highlighting the bleak scenarios, a health ministry official who did not want to be named told IANS: “Only five kidneys are available for every 100 patients suffering from end-stage renal failure in the country.”

Sandeep Guleria, senior nephrologist with Indraprastha Apollo Hospitals, told IANS: “There is a huge disparity between demand and supply (of organs).”

The problem lies, according to him, in the fact that cadaver organ transplant has not taken off in India. Cadaver transplant is when the organs of brain dead people are harvested for transplantation.

“Due to the lack of donors, we have to make use of marginal donors or even incompatible transplants,” said Guleria. Marginal donors are those who would otherwise not be selected but are made use of in extreme cases when the patient has end-stage renal failure.

Following unearthing of the racket, the government had brought about changes in the Transplantation of Human Organs Act (Thoa), 1994, specially for the benefit of patients of renal failure. About 200,000 people are diagnosed with renal failure every year and for most, the only cure is kidney transplant. But less than 3,000 transplants are carried out annually in India due to strictures on possible donors under the present law.

The amended act allows organ donations from a ‘near relative’, which it defines as spouse, son, daughter, father, mother, brother or sister. The amended law broadens the definition of ‘near relative’ to include grandparents, grandchildren, uncles and aunts. Also, not-so-close relatives who have stayed with the patient can donate organs, provided there is no commercial dealing.

The law makes legal the swapping of organs between two unrelated families if the organs of the respective willing ‘near relative’ donors are found medically incompatible for the intended recipients. But the swap should be without any commercial transactions.

Mishra said the government as well as hospitals need to have better regulatory mechanisms to ensure patients don’t fall into such traps.

According to Guleria, the kidney transplant racket has, however, almost been wiped out, at least from northern India.