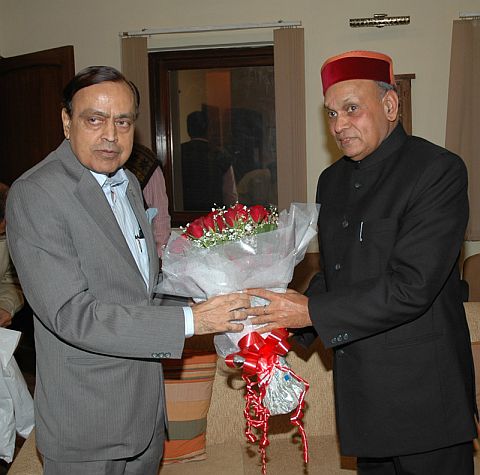 Shimla: Prof. Prem Kumar Dhumal has requested the Centre Government to supply Compressed Natural Gas (CNG) fuel to the state in order to reduce the expenses on fuel.

He met Union Petroleum Minister Murli Deora with regard to this issue and demanded the introduction of CNG run buses/tempos/taxis in plain areas of the State. The use of CNG vehicles will also reduce pollution in the state.

Centre has appreciated this move of HP Government and said to consider this proposal in positive spirit.

CNG is natural gas under pressure which is clear, odorless and non-corrosive. It is relatively cheaper and has cleaner burning than gasoline or diesel fuel. Natural gas vehicles show an average reduction in ozone-forming emissions of 80 percent compared to gasoline vehicles.