Shimla: Troubled Pandora’s box thrown open over illegal phone tapping notwithstanding, the government and opposition conveniently decided to avoid a debate on the issue in the Vidhan Sabha with Speaker BBL Butail ruling that India Telegraph Act, 1885 does not permit a discussion on the issue.

Giving his ruling on the adjournment motion moved by the opposition yesterday, the speaker said that providing the phone tapping information to the house would compromise the ongoing investigations and violate the provisions of the existing laws. 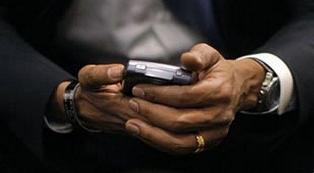 He ruled that no discussion on the phone tapping issue would be allowed and no questions would be entertained from either side of the house.

Talking to reporters after the house was adjourned today, opposition leader Prem Kumar Dhumal said the speaker has ruled that no discussion would be permitted on our adjournment motion seeking a debate on the phone tapping issue.

Chief Minister Virbhadra Singh cited the Right to Information which enshrines that ‘any information which can be provided to a state legislator shall not be denied to any person’ in his statement read in the house yesterday.

This situation has the potential for compromising investigation of crimes and also compromising the security and integrity of the country. In view of the above facts, the information regarding phone tapping cannot be disclosed, Virbhadra told the Vidhan Sabha.

Talking to Hill Post, RTI activist Lawan Thakur alleged that both the government and the opposition were attempting to suppress the information related to serious intrusion of privacy having taken place by illegally tapping phones.

Our Mandi, RTI Bureau is prepared to approach the High Court, should the government deny us information about both legal and illegal phone tapping done.

In response to our RTI application filed in February, the home secretary has communicated that the information sought would be supplied in due course, said Thakur.

Chief Secretary Sudripta Roy had raided the CID headquarters on December 24, when information was received that police personnel were unauthorizedly trying to delete data stored on computers.

Forensic experts retrieved data of phone conversations recorded on the hard discs of the computers seized. Many phones were intercepted illegally and the government has ordered an vigilance probe in the case saying that an FIR would be lodged after the inquiry is completed.