Shimla: Roughing it out on long road journeys may be the only mode for reaching the getaway hill destinations in Himachal, this summer, for the three airports are lying idle and no operator private or government has committed to cater to the tourist demand for the year.

“Summer is fast approaching but we are still not sure whether any operator will operate flights to Kangra, Kullu or Shimla airports,” says Deepak Sud, a travel agent who deals with air ticketing.

Source claimed that one operator (Spice Airlines) had test landed an 64 seater aircraft at Gagal airport, Kangra, last month, but logistics of landing with a larger passenger load than what the heavy plane can carry out from the short runway had made the route unviable, unless subsidized.

“A variable fare of Rs 4 to 6000/- for an incoming passenger and a fare of Rs 8 to 10,000/- for an outgoing one from the airport, will not find many takers,” says Sud. No operator has starting booking flights to any of the three airports in the state, he added. 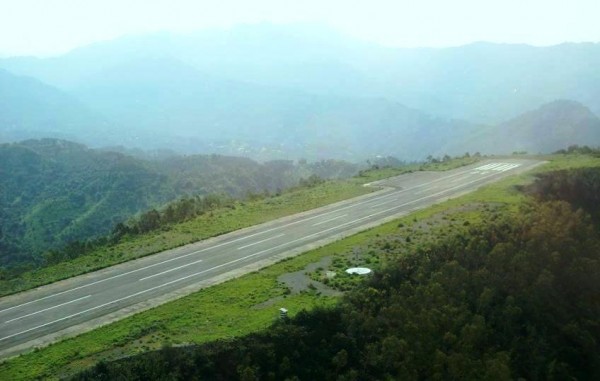 Aerodynamics of the larger plane landing at these airports are said to permit landing with about 50 passengers on board but can only take off with about 25 to 28 passengers, depending upon the days temperature and the fuel reserve in the plane.

When contacted, Subhashish Panda, commissioner tourism and civil aviation said, “we are hoping that one private operator will start flights to Kangra – Dharamshala soon.”

“Air India has let it be known that due to non availability of aircraft, they would not be able to operate any flights to Himachal” says Panda.

The government is making all efforts to get flights started to the state. Chief Minister Virbhadra Singh did bring up the issue with Prime Minister Manmohan Singh and efforts are being made to extend the runways of Kullu airport for larger planes to land.

Kingfisher was the only operator who did fly the route but after the airline has become insolvent, no other operator has the 44 seater ATR aircrafts that are capable of landing on table top airfields like the one in Shimla.

With no flights operating to tourist haven Kullu since September last, a worried Anil Sharma, president Manali travel agent association says, “we have lost business worth crores. Overseas clients only ask for flight status of Delhi-Kullu route and we have no answer. This summer we could see a drastic fall in foreign tourists to Manali”