Stavanger (Norway): A Himachali couple from Kialu village in the interiors of Shimla district is tickling the taste buds of not only members of the indian community in this sea-side town that is the third largest urban zone and metropolitan area in Norway, but also the locals and tourists who visit the city. 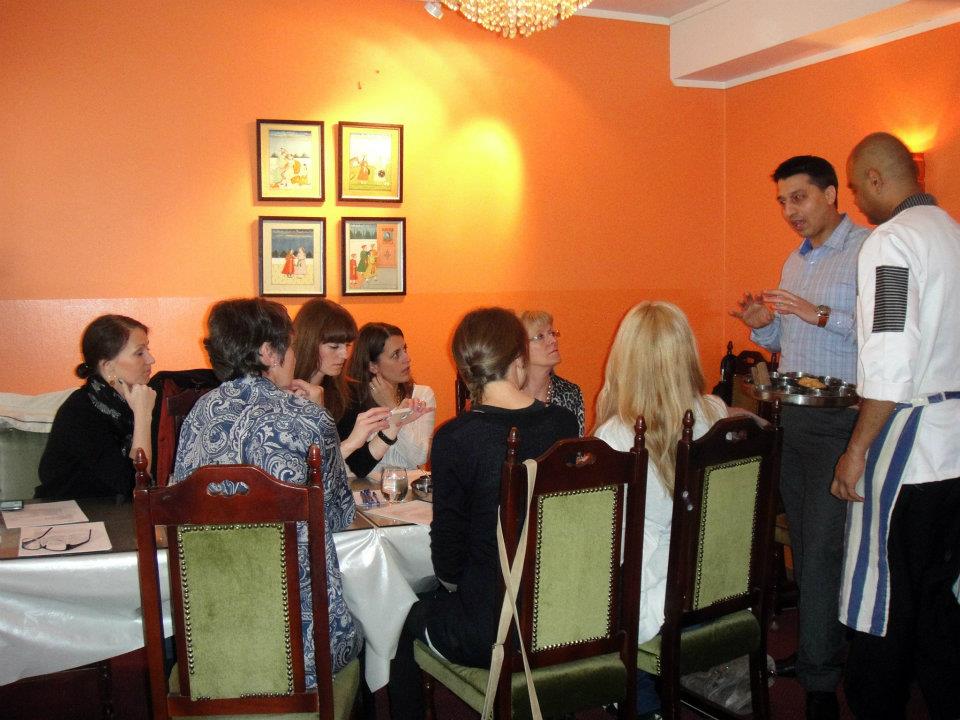 Stavanger’s rapid population growth in the late 1900s was primarily a result of Norway’s booming offshore oil industry. Today the oil industry is a key industry in the Stavanger region and the city is widely referred to as the Oil Capital of Norway. The largest company in the Nordic region. Norwegian energy company Statoil is headquartered in Stavanger.

[box type=”info” size=”large” style=”rounded” border=”full”]The couple, are graduates of the Indian Institute of Hotel Management and while Meghna is an alumni of the Mumbai campus, her husband, Jaswant Kanwar has graduated from the Bangalore branch. They worked at various hotels including the Oberoi, J W Marriot and other leading hotels in India before moving to Ireland and then starting their venture, which is called Mogul India.[/box]

According to Trip Advisor of the United Kingdom, Moghul India restaurant is ranked number four of 97 restaurants in Stavanger and people who have eaten at the place claim that the food here is wonderful. Easily the best Indian restaurant in Stavanger and one of the best specialty restaurants in Norway, it’s drawback is its location – above a dodgy pub and a few minutes walk from the main shopping area, but the diversion is worth it.

[box type=”tick” size=”large” style=”rounded” border=”full”]Some of the comments by people who have eaten at the place … “I have eaten there twice in the last couple of months and both times the food has been excellent and the service good – and the price is significantly lower than the other similar restaurants. The front part of dining area has been recently redecorated (back room not, but it is quieter in there if you want to talk”[/box]

“Excellent food and service. Friendly staff very well organized. Only negative side is the pub located in the ground floor that you have to pass to get in there. In case you have food allergies they will provide you an alternative”, is another of the many comments on it.

[box type=”download” size=”large” style=”rounded” border=”full”]An Indian living in Norway has this to say in her blog. “Mogul India lacks the sort of pretentiousness you often find in restaurants. Instead, they offer magnificent food, generous portions and generous flavours; all for reasonable prices. They have the best nan bread I have ever eaten; a butter and garlic slice of heaven roasted in a tandoor (there’s a coriander and red onion version too!). Their Pardah Gosht Dumdar – tender lamb fused with spices and cooked overnight – is superb, as is their Bengali Macchi Curry; a delightful fish stew spiced with mustard seeds and flavoured with coconut milk. For the vegetarian, there’s the potato and pea samosa; magnificent, tasty and divine. So too with their aloo ki tikki; potato patties flavoured with coriander and served with some seriously succulent mint and coriander chutney. As a final tease, check out their apple and onion seed salad, which has julienned green apples spiced with onion seeds. Amazing.[/box]

To top it all off, the service is excellent. Not only are the friendly owners happy to explain, in detail, exactly what you’re eating, but also which regions of India the dishes originate from. The menu features dishes from all over the Indian subcontinent, to give customers a taste of the immense variety that the Indian cuisine has to offer. And for those who are on alternative diets, fear not. The first time I stopped by, I was still experimenting with Lent, and the cook subsequently made special-suited vegan food, just for me.”

The owners are not, however, carried away by these rave comments that they have received. Talking to Hill Post, they admitted that they have taken the restaurant just over a year back and by dint of their hard work had brought it to the number four or five ranking that it enjoys.

“We are getting a good response not only in Stavanger, but the Indians in Norway also come here to try our food and thankfully go back satisfied. Some well known Indians while visiting Norway have, on being recommended come and eaten with us. Needless to say they have gone back satisfied with the food and a word of praise for us”, they claimed.

They said that an American couple had eaten at their restaurant some time back and their friend from Norway was going to visit them in the United States. “They wrote to us for some gift vouchers which they wanted to present to their Norwegian friend, so that he could eat at our place. We take it as a nice compliment”, they claimed.

However, they hastened to add that they were not going to rest at this and though they had a few limitations, like their location, but they would keep working at it and make further improvements to make it the ultimate in Indian cuisine in Norway.