Suresh Rana & Parminder Thakur of Team Maruti with a Grand Vitara won Desert Storm Rally 2013 today morning. Despite losing more than 20 minutes due to air filter failure two days ago, they succeeded in taking a lead of around 27 minutes by the end. Suresh-Parminder duo had earlier won Raid-De-Himalayas 2012 too. 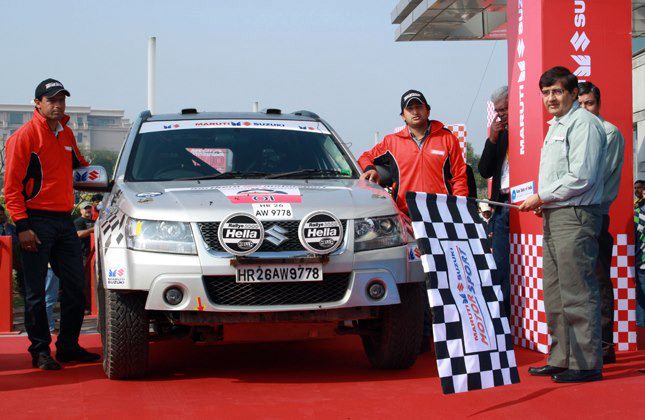 The 11th Maruti Suzuki Desert Storm was flagged off from Delhi on Monday, with 263 rallyists from all over the country and also abroad fighting for top honours in one of the most prestigious motorsport events of the country. The competitive stages of the event began from Sardarshahar in Churu district of Rajasthan.