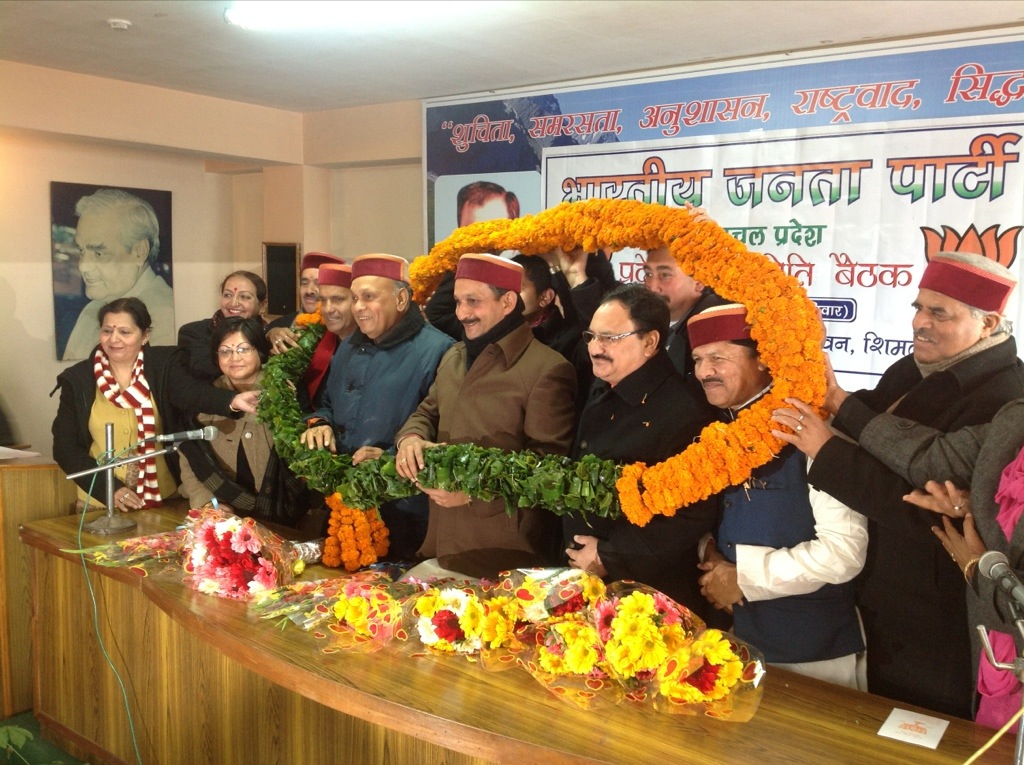 Shimla: BJP state chief Satpal Sing Satti was today re-elected for the post. According to the sources, it was National BJP president Rajnath Singh who decided to give him a second term.

An MLA from Una, Mr. Satti took over as state BJP chief in February last year. His second term will last 2 years. An experienced politician and a former ABVP leader, he is believed to be an influential figure in the state unit of BJP. He is one of the few leaders in the party who, according to the sources, has good relations with former CM P. K. Dhumal and BJP National vice-president Shanta Kumar.